Olympic telecasts go heavy on human-interest content, but not every human being is interesting—and many, in fact, are dull (and many of those have a monomaniacal devotion to sport). So let’s put away our thirst for meaning and medals for a moment and just enjoy some lives well lived.
Menu

Olympic telecasts go heavy on human-interest content, but not every human being is interesting—and many, in fact, are dull (and many of those have a monomaniacal devotion to sport). So let’s put away our thirst for meaning and medals for a moment and just enjoy some lives well lived.

photo by The Department for Culture, Media and Sport via Wikimedia Commons

The Olympics are made up of sports that we haven’t ever played (modern pentathlon, to take one example) and sports-folk that we haven’t ever heard of, (Dan and Dave, to take two), so it makes sense that the corresponding broadcasts would spend a lot of time catching us up on who these people are and how the death of their favorite pet—a diabetic star-nosed mole named Iggy—inspired them to excel at blindfolded badminton. But people who devote their entire lives to perfecting one very specific thing tend not to be the most interesting people in the world, or the country, or the ice bath. So before we’re stuck hearing about how dedicated all these folks are, let’s try and enjoy a more diverse array of inspirational human beings…

Nanook in Nanook of the North, directed by Robert Flaherty

Nanook of the North is far from a perfect documentary. In fact, it’s far from a documentary, period (and it came about before the term even existed). Director Robert Flaherty staged many of the scenes, contrived several episodes, and made up entire members of Nanook’s “family,” but one thing he absolutely did not make up was the Arctic cold, which was as real back in the 1920s as it is now (if anything, more so), and which Nanook confronted, day after day, with nothing short of relish. Just look at that man make a house, in minutes, out of nothing but ice, a blade, and his wits! Holy hell that is some impressive stuff. (When I touch ice I personally wonder what it is that water has against me, and who has thus emboldened it.) 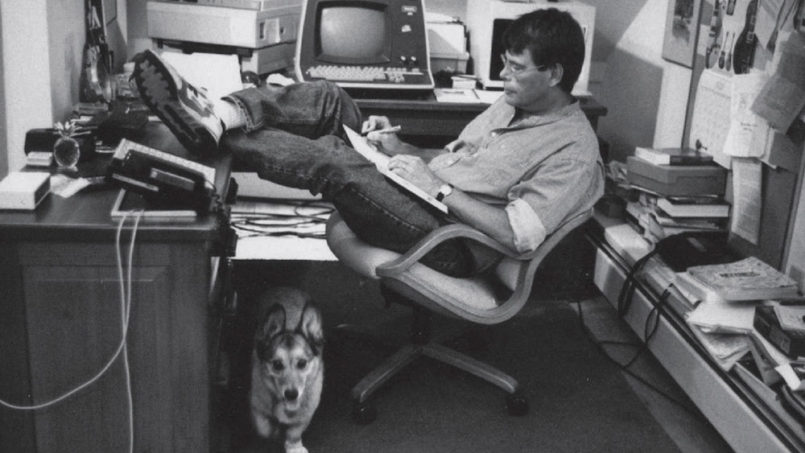 Stephen King is not my favorite writer. I love many of the movies based on his books (esp. Cujo, The Shining, Stand by Me, The Shawshank Redemption, Carrie, and even The Fog), but I have literally never finished a single Stephen King book—save this one. The lack of polish just really bothers me, even in genre literature. But On Writing shows King to be a deep thinker on himself, on genres, on polish, on writing, and on life writ large. He paints a humane and incriminating picture of himself as an alcoholic and a compulsive creator, and I can’t really think of anyone who wouldn’t benefit from this book. It’s beautiful. (But I still dispute the idea that any reasonable human being can read eighty books a year and still live a normal life.)

It’s easy to forget that City of God is a coming-of-age tale at its heart. It’s so terrifying, so thrilling, and so compulsively watchable that when Rocket narrates his intention to photograph his way out of the favela, you’re like, “wait… there’s a way out?” But there is, as this is based on a true story, and if even a tenth of it is true, then maybe we should reconsider our current definition of the word “grit.” 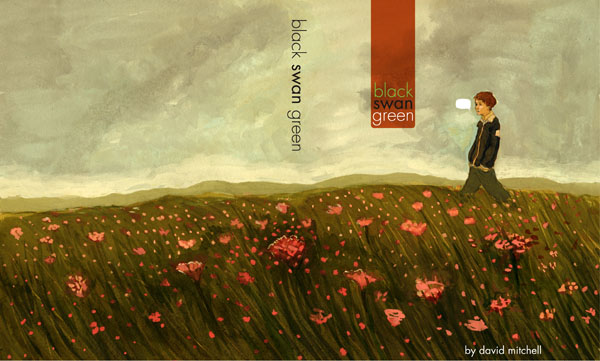 David Mitchell is a novelist, and this novel takes place in his hyper-fictional multiverse, but David Mitchell has also acknowledged that Black Swan Green is based, in large part, on his real life. Mitchell was a sensitive, precocious boy with a speech problem who came of age in a provincial town in 1980s England, and Black Swan Green is that boy’s story told with an adult’s tenderness. There is no better book about bullying that I’ve ever come across, and the backgrounded magic of Mitchell’s now increasingly insane metaphysics only aids in the cultivation of a hypnotically juvenile environment. The fact that this kid grew up to be this author doesn’t come as a surprise, but it’s still a revelation. (Also of note: the fact that this may very well be Mitchell’s best book, despite its relative modesty.)

I’m trying to stay away from sports here, but I feel like animals in human sports get a special exemption, owing to how often their involvement ends with their death. Which brings me to Seabiscuit: once upon a time there was a horse and he was small and scraggly and injured, and then it was the Depression, and everyone in America who was not a robber baron was put on a jalopy headed west, and they all had to share bindles and feed on nothing but peanuts and ham-on-ryes, but then Seabiscuit won three horse races and everything was solved and the Depression was over and nothing bad ever happened again. Seabiscuit. 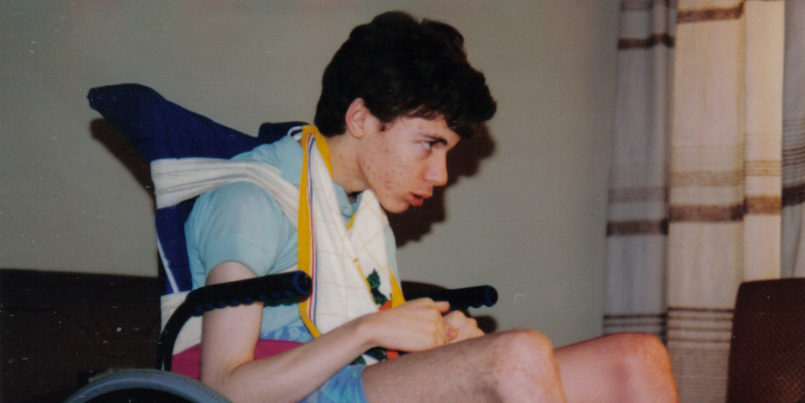 Martin Pistorius in his memoir Ghost Boy and in “Locked-in Man,” produced by NPR

There’s adversity and then there’s adversity, and then there’s also being trapped inside your own body and having to listen to your parents talk about you as though you are dead, and I don’t even know what you call that. Martin Pistorious willed himself out of that state in much the same way that Uma Thurman willed herself out of the grave in Kill Bill, BUT MORE SO, AND IN REAL LIFE. We are all dusty sacks of potatoes next to this human being, who is the real thing.

All of us, in “Hero,” sung by Mariah Carey

You know what’s fun? Self-pity. And you know what else is fun? Success. That’s why the song “Hero” by Mariah Carey is more than just the soundtrack to my seventh-grade dance; it’s also a perfect work of art. Because you may think that you’re alone, on a metaphorical road, holding no one else’s hand, filled with sorrow and haunted by broken dreams, but then you listen to Mariah’s words and you look in the mirror (metaphorical or literal, either one, it doesn’t matter) and, if you really look, like reaaaaaally look, then you will see a hero and you will see that the hero is you (and also maybe there’s another hero that you will hold hands with and walk down the road of life together but that part I’m not so sure about it gets a little confusing). Suffice it to say, though, that other people’s inspiring stories are all well and good, but our own inspiration stories are weller and gooder.

Werner Herzog in Burden of Dreams, directed by Les Blank

This is the film that gave rise to the speech that is, for lack of a better word, “the truth.” Fitzcarraldo is a movie that no one asked for, that no one wanted to be a part of, and that one man found a way to make happen. That man, of course, was Werner Herzog, reviler of Nature, the destroyer of worlds. He made his movie, and he was caught doing it—and going/driving people crazy—by Les Blank. And then he just kept on motoring. Despite this. For those of us who are afraid of going mad, this is a wonderful reminder that madness is sometimes a plank but also sometimes a life-vest. Let us cling to this insanity. (In conclusion: I am vith verner.) 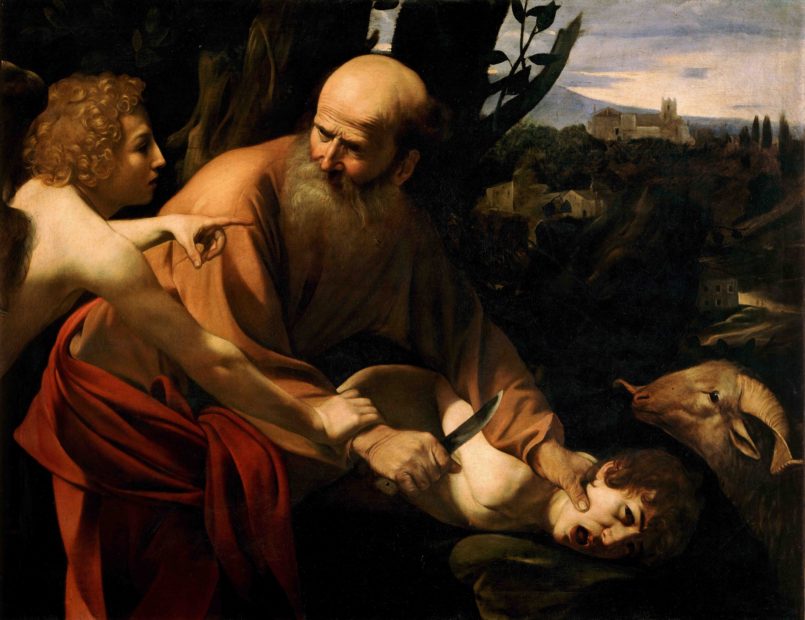 Abraham in Fear and Trembling, written by Søren Kierkegaard

Abraham agreed to kill his son for God. Then God said nah brah. [Dramatic pause.] “Nahbrahcadahbrah, your son is saved.” As it was written. [Bows head.] And then Abraham became a celebrated prophet for doing that thing about not killing his son but then also being willing to murder that punk. Okay! Well done, Abraham!

But seriously, if you want to empathize to an almost pathological degree with a pathology that I think is literally beyond our understanding now, this is the way to do it. It’s the best novel that is actually work of philosophy, the best philosophical treatise that is actually a sermon, and the best sermon that is actually a novel. It is also worth remembering that Kierkegaard is not just a long name with too many vowels and too much swag; he was also a dude who had the capability to write the living word (of which John 1:1 said, “in the beginning was [etc]”). 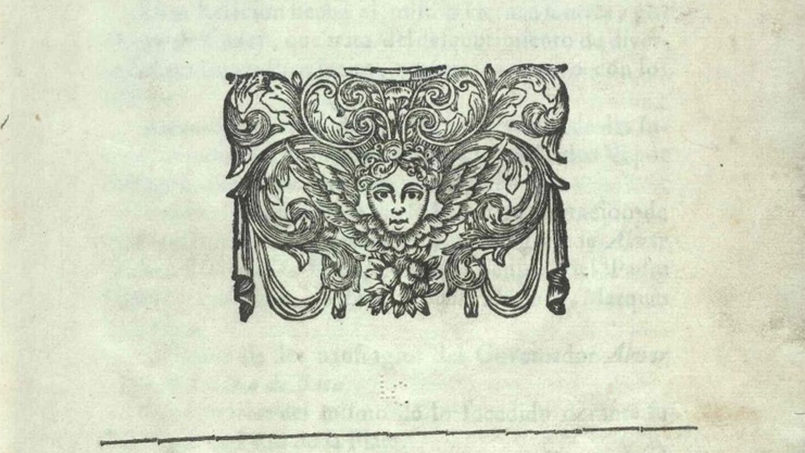 Cabeza de Vaca in Chronicles of the Narvaez Expedition, written by de Vaca

In 1527, any trip to the New World was a pretty intrepid act of exploration. The country was less than fifty years old to Europeans, and each trip required passing over what had previously seemed an infinite ocean, docking in a tumultuous harbor (usually in the storm-tossed Caribbean), and then trekking over strange new lands, peopled with strange new people. And that was what was on the menu if your trip went as expected. In Cabeza de Vaca’s case, the trip did not go as expected. First comes shipwreck; then comes hunger; then comes battle, slavery, escape, and a nearly unending trek across what we would now recognize as the southern United States and Mexico. On every step of this incredible journey, from Cuba to Florida, Texas, Guadalajara, and Mexico City, de Vaca encounters an America that is pre-Spanish, pre-English, and pre-American. It is a very different world, but it’s also ours. If ever there was a time travel novel, this is it. Craziest vacation ever.

(Oh, and then he became a destitute Spaniard. Hooray! Best human-interest story ever!)