Netflix’s latest foray into the Marvel Cinematic Universe is a high point for both the streaming service and the MCU as a whole.
Menu

Netflix’s latest foray into the Marvel Cinematic Universe is a high point for both the streaming service and the MCU as a whole.

If the first four episodes are any indication, Marvel’s newest Netflix show, Luke Cage, is its best yet. Like Jessica Jones and Daredevil before it, Luke Cage takes place in a New York that is, for lack of a better word, grittier than the one portrayed in the rest of the Marvel Cinematic Universe. Whether that’s a result of the Netflix shows taking a more zoomed-in perspective—Daredevil is set in Hell’s Kitchen, Luke Cage in Harlem, and Jessica Jones exists largely in the context of her PTSD—or just a matter of Netflix’s freedom from FCC regulations and PG-13 ratings, it works.

For the uninitiated, Luke Cage (Mike Colter) has super strength and unbreakable skin, which means he can take a bullet and punch through walls, among other feats. He uses those powers to defend Harlem against arms dealer and nightclub owner Cottonmouth (Mahershala Ali) and various other nefarious types.

Cage’s world, like the one we live in, is occasionally merciless—there’s a good chance you’ll cry before the credits roll on the second episode. But it’s also textured and nuanced. The characters who inhabit it are multifaceted, more so than they are in any other MCU property thus far. The heroes seem fallible, the villains redeemable, and several other characters fall somewhere in the middle. There are, of course, a few exceptions (after all, it wouldn’t be a superhero property without a handful of broad-stroke caricatures), but all of the key players feel like real human beings. 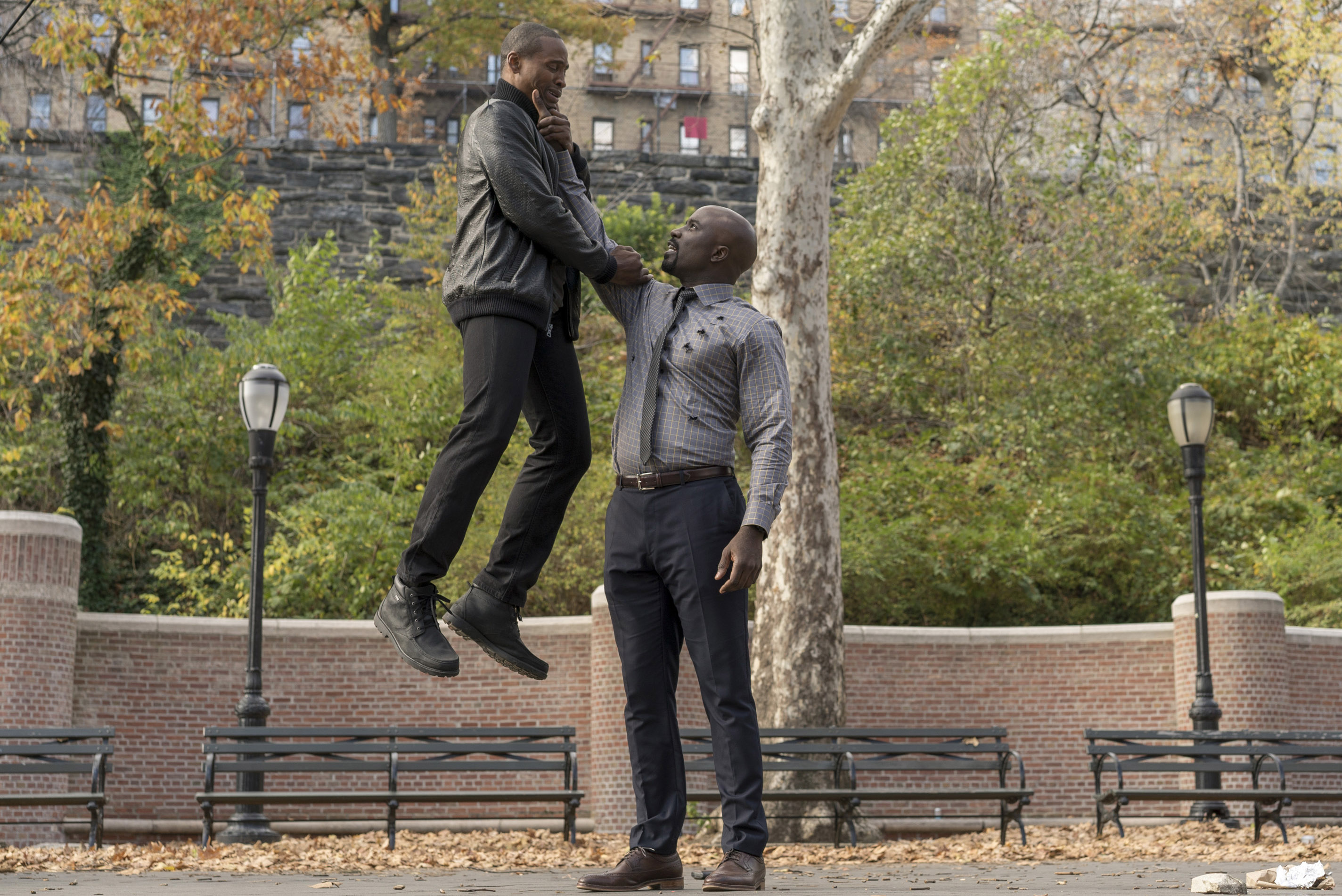 Tone wise, the show is impeccable, nodding to the Blaxploitation films the character was created to emulate, but still grounded—and more importantly, absent the inherent clumsiness of three white dudes trying to write a Blaxploitation comic, as was the case with the original. One refreshing point of difference from his origin story is that Cage is now a former cop, rather than a former petty criminal as in the comics (again, three white dudes), while Black Mariah (Alfre Woodard) gets to be a councilwoman instead of a drug-dealing gang leader.

It’s a perfectly balanced show that modernizes the character without changing who he is at his core.

Another factor in the show’s pitch-perfect tone is the music—much of it diegetic. Cottonmouth’s nightclub plays host to such greats as Raphael Saadiq and Charles Bradley, whose performances cast a subtle moodiness over the show’s action (Saadiq’s first-episode performance in particular sent chills down my spine). Cage’s headphones play Wu Tang Clan’s “Bring da Ruckus” while he beats up baddies, and an instantly iconic image puts Cottonmouth in front of Biggie Smalls’s crown poster to chilling effect. 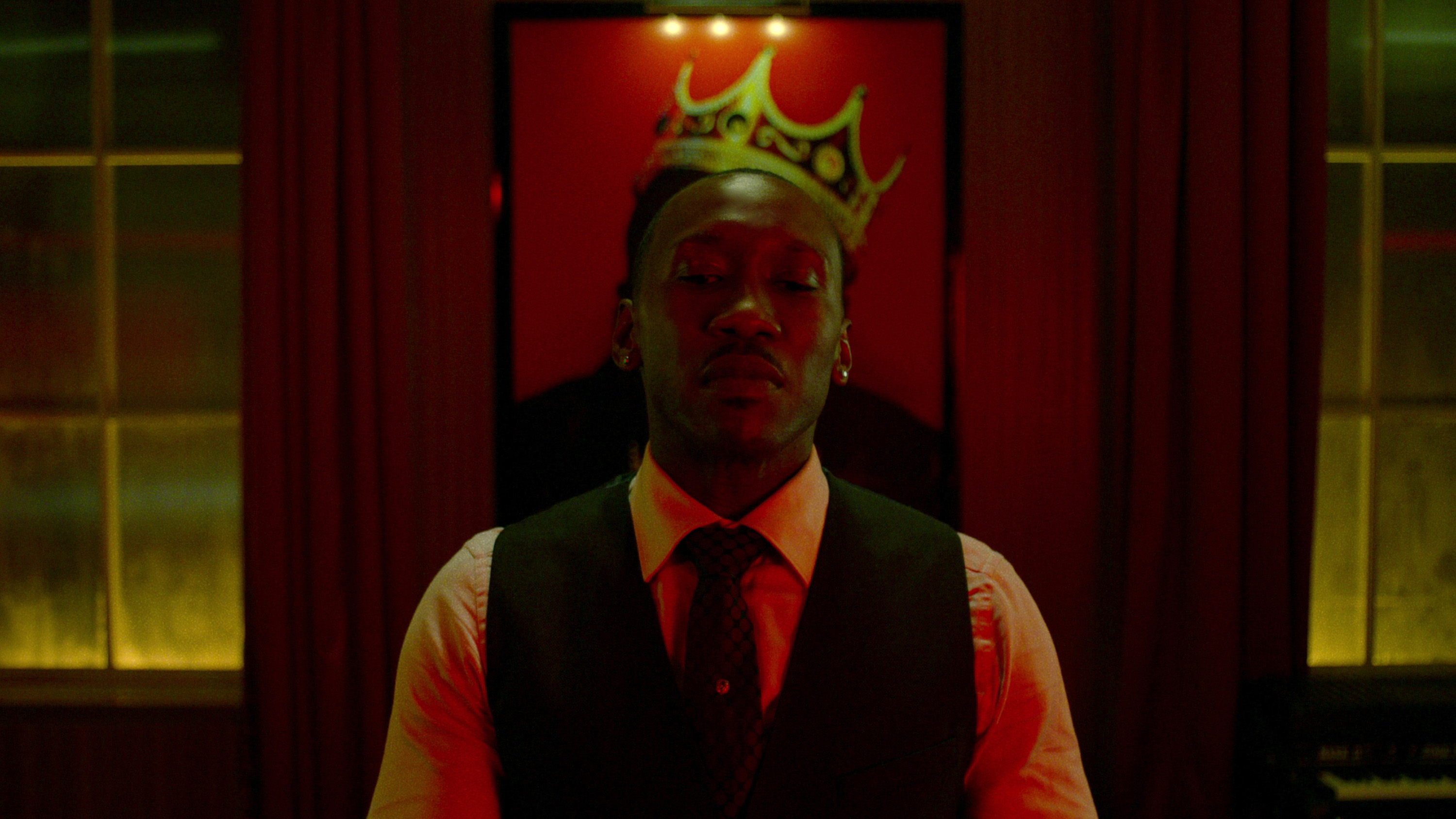 There are a couple of winks in there for fans of the original comic. When a local restaurant owner tries to hire Luke for protection, he responds, “I’m not for hire” (a cheeky throwback to his original tagline, “hero for hire”), and we briefly get to see him in full Power Man costume (tiara included) in all its ludicrous ’70s glory.

That ability to cater to newcomers and longtime fans alike is Luke Cage’s greatest strength. It is a perfectly balanced show, retaining the elements that make Cage a great character, ditching some of the more problematic ones, and modernizing the character without changing who he is at his core. More than just an impressive adaptation, it is an incredibly powerful show—deep, meaningful, and moving. It is both the show we need and the one we deserve. In the words of Luke Cage showrunner Cheo Hodari Coker, “The world is ready for a bulletproof black man.” FL