A New Kind of Film for a Modern Form of Menace: Keith Maitland on “Tower”

Using rotoscope animation and imagined talking-head interviews with survivors and victims, the Austin director brings us back to the scene of the 1966 massacre at the University of Texas.
Menu

Film + TV
A New Kind of Film for a Modern Form of Menace: Keith Maitland on “Tower”

Using rotoscope animation and imagined talking-head interviews with survivors and victims, the Austin director brings us back to the scene of the 1966 massacre at the University of Texas.

Tower tells the story of one of the first mass school shootings in American history, which occurred at the University of Texas at Austin in 1966. A single sniper (Charles Whitman, here barely named and rarely pictured) sealed himself atop the campus’s central tower after killing his wife and mother and began shooting people below. The shooting lasted for nearly two hours, and resulted in the deaths of fourteen people and injuries to over thirty more. The film recounts that episode in excruciating detail, but deepens it by focusing on the people whose lives were changed by the shooting, rather than on the shooter himself. Director Keith Maitland used rotoscope animation to blend the archival footage with the recreations and paint a vivid picture of that day, that would otherwise have been as ordinary as the day before. Maitland also hired young actors to stand in for the now elderly interview subjects, so that viewers can’t be certain of the outcome until the very end. The result of these choices is a film that feels very much alive, despite the morbid subject matter. It also happens to be one of the best documentaries of the year; and one of the best thrillers; and one of the best movies, period.

I met with Maitland recently to talk about his film, its origins, and the means by which Boris Karloff wound up in a 1968 Peter Bogdanovich adaptation set at a drive-in.

From the handheld camera approach of the Maysles Brothers to the reenactments of Errol Morris’s Thin Blue Line to the intentional artificiality of The Act of Killing, documentarians have often made use of technology to both capture reality and also remind us that this is a mediated art form. Where do you see yourself—and your use of rotoscope animation—on that continuum?

Well, to me the animation is just a tool. What I discovered in my research was that there were fourteen minutes of active footage from three different newsreel photographers running around with 16 mm Bolexes, getting these shots [of the shooting as it unfolded]. When you line the shots up you realize that there were these really great wide shots and long-lens shots, but that what was missing was close-ups and mediums. Any kind of re-creation could have filled that gap, but with the animation I think we were able to make it clear to the audience what was real and what wasn’t. Most people would try to blend the archival with the re-creation in a way that would make the re-creation look as real as possible, but I wanted to embrace the fact that these are fifty-year-old memories. So they have a fuzziness to them that I wanted the visuals to reflect.

But when Claire Wilson [a student, then eight-months pregnant, and the first person shot from the tower] told me about what we now call her “sci-fi moment,” when she thought that she was being shot by an anti-matter gun, I was glad that we had elected to use animation because it also meant that we could play with that idea. 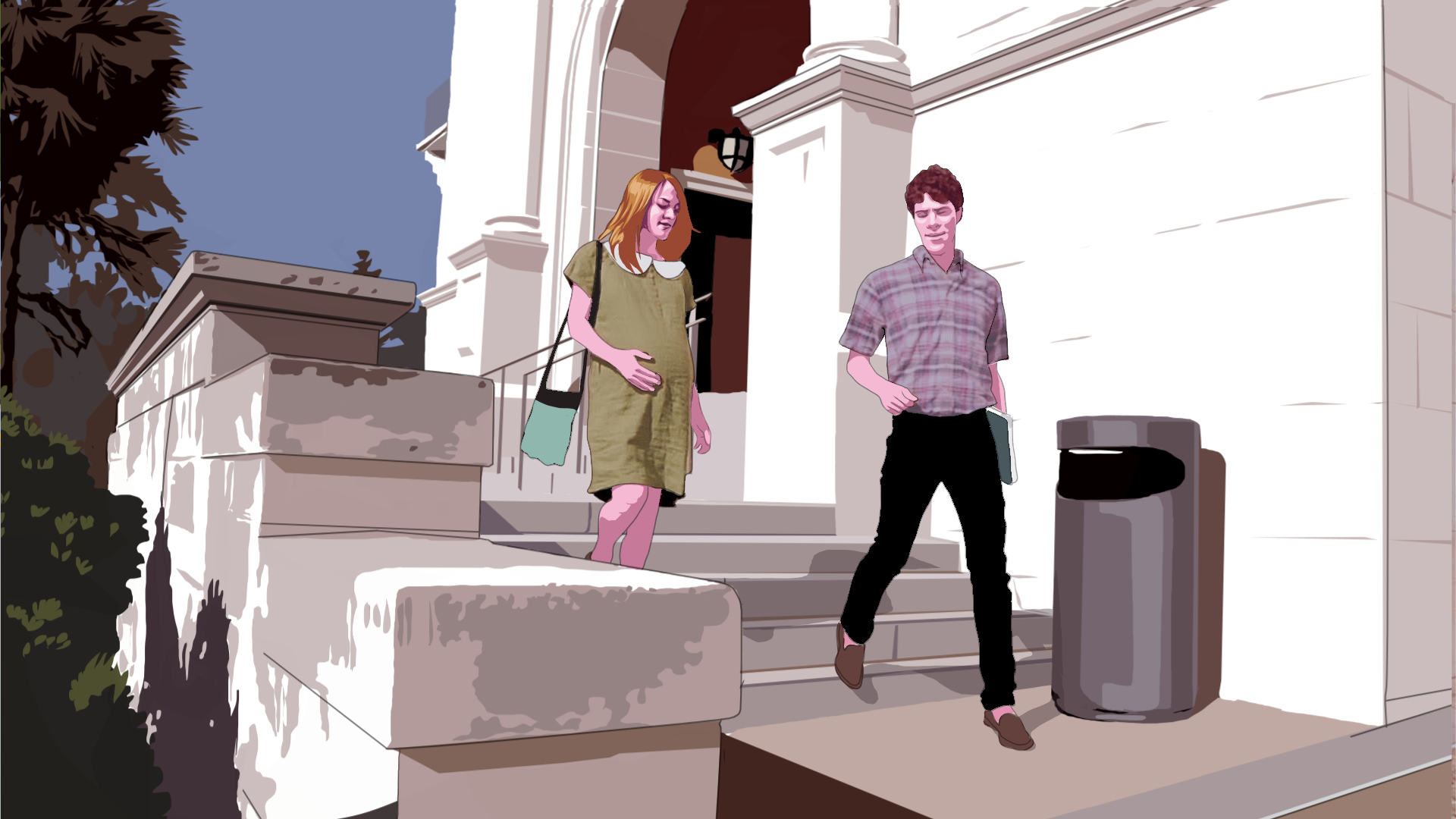 The films that Tower most reminded me of are all works of fiction: A Night to Remember (owing to the focus on individual lives over the course of one tragic day), Dazed and Confused (owing to the intense focus on the mundane details of everyday human life), and Waking Life (owing to the use of rotoscope). Can you speak a bit about the films that you had in mind while working on this?

The films that I look to are not documentaries. I love an ensemble picture, going back to [Robert] Altman, who I think is the king of the loose, improv, ensemble style. But the way the Tower story unfolds, basically you have a tower, you’ve got a square, you’ve got victims, and witnesses, and reluctant heroes making their way to the top of the tower, so basically the setup is like a Western.

You’ve spoken in previous interviews about the importance of geography to your story, and as a fan of siege thrillers and of films like Seven Samurai, that’s something that I really appreciate. Can you say more about what you think a clear sense of place and of scale adds to a film—especially to a documentary film?

“I wanted to embrace the fact that these are fifty-year-old memories. They have a fuzziness to them that I wanted the visuals to reflect.”

Authenticity of geography is just as important as the authenticity of character or emotion. Even though a smaller portion of the audience may connect on that point, that section still can’t be taken lightly, since they’re the ones who were either there that day or who live in the shadow of the event.

This is a film that obviously has a political component—especially at the very end. Were you always planning on explicitly tying this shooting to contemporary episodes in Columbine, Newtown, and Virginia Tech?

I don’t think it’s a political statement at all. I’ve never heard anyone who is pro–public shootings. There’s not another side to the argument. But yes, I wavered at different times about how much we would address the political landscape. My rule was: stick with the humanity and the emotion. 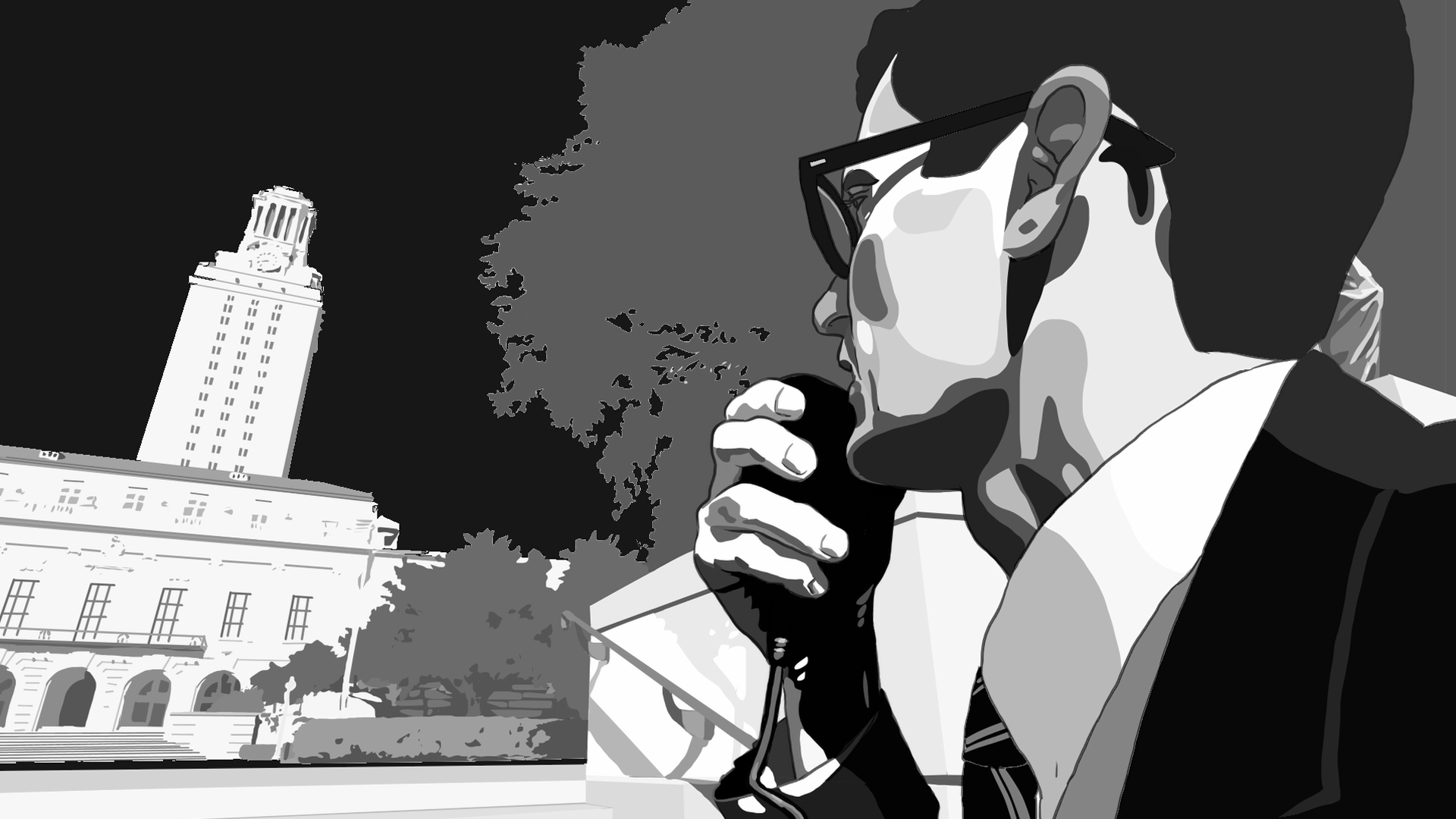 There were points in the film where it seemed you could have made more of a case for contemporary relevance, but chose not to—presumably to keep the film’s focus on the story of that day. Is there anything else that you might have wanted to spend more time investigating if you had been making a more expansive kind of film?

Something that’s really fascinated me about this story is the influence it’s had on pop culture. Quick story: two years after the tower shooting, Peter Bogdanovich made Targets, which was produced by Roger Corman. Corman told him, “You can make any film you want, but you have to use Boris Karloff. Oh and also, we shot two days of footage with him a few years ago on a project that went nowhere, so you have to use that footage, and he owes us two more days.” Bogdanovich had been caught up in the tower shooting, and so he took the previously found footage and put it up on a movie screen and instead of a sniper at a college campus it was a sniper at a drive-in theater.

Then you’ve got The Deadly Tower in ’75, then Full Metal Jacket, which has that great scene where they talk about Whitman. Kinky Friedman wrote a song about him, Harry Chapin wrote a song about him, so there could have been a full episode on the pop cultural legacy of this film. But when you google “UT tower shooting,” you get literally thousands of opportunities to ask and answer questions about the sniper. His story is out there, but the stories of the people on the ground that day, that’s what was left unexplored. 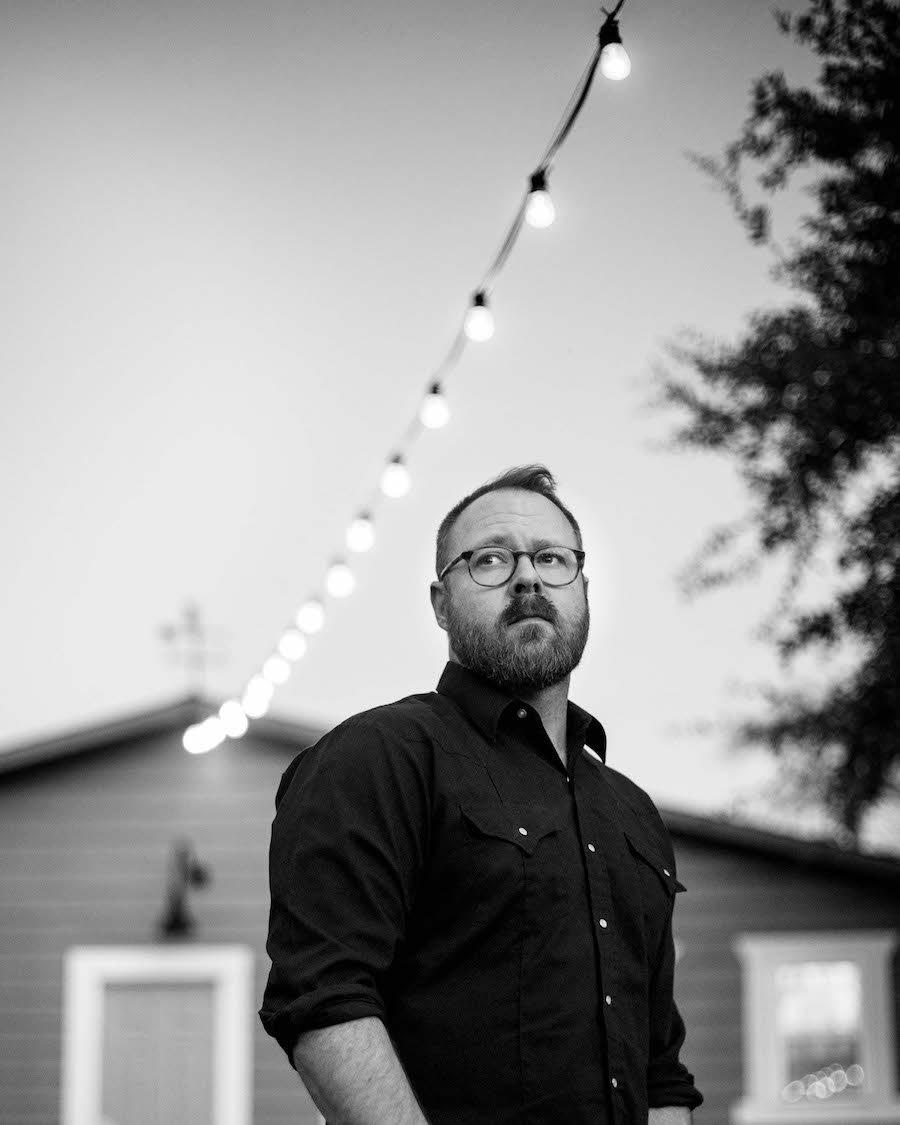 I was also curious about how disconnected all of the people in the film seemed to be, despite having shared this transformative moment. The ’50s and ’60s are now often presented to us as a time of greater connectedness, but the lives on offer here seem almost unbelievably discrete. Did that surprise you, or was that something you were trying to investigate?

Well, I wasn’t imagining anyone putting together an annual Tower reunion, but yeah I was a little surprised that some of the people weren’t in closer contact. Not that there’s not a good reason in many cases.

I think one of the greatest lies in common currency right now is this idea about the “greatest generation.” I don’t think the greatest generation is all that great. They invented plastic, they invented preservatives, they destroyed the world, and I think this idea that it was better then, it just doesn’t hold up. But the idea that Claire and Artly [Snuff, a.k.a. John Fox, the teenager who eventually helped carry  her to safety] had only met one month before I met Claire, that was shocking to me—especially since it turned out that they had a ton of friends in common. And the fact that Claire and Rita [Starpattern, the woman who ran out to comfort Claire, and who remained beside her until both could be rescued] had never reconnected after that time also surprised me.

Rita is the reason that I made the film. When I read the oral history and got to the part about Rita, I thought, this is the least likely hero that you could ever imagine, doing the least likely thing that you could ever imagine, and it’s also the exact opposite of what we tend to think of as a heroic act. And that’s what made me want to finally do this film. What a brave thing.

The sniper story has been told, I thought, but this story needs to be told. We knew that Rita had passed away into the ’90s, and we’d talked to Rita’s partner, and she gave us Rita’s side of the story (she thought it was maybe more dumb than courageous), but she felt that if Claire thought it was heroic, then so be it. At every screening at SXSW we had lots of people who were long-time Austinites, many of whom had been there during the shooting, and when Rita’s name is revealed as Rita Starpattern, I heard audible gasps, always from women of a certain age. During the Q&A at every screening, someone would say, ‘I knew Rita, knew her for twenty-five years, and I never knew she did that.’

So when people say they didn’t talk about it, it’s not just that they didn’t talk about how bad it was, they also didn’t talk about the good things they’d done. Artly was the same way. He had had a car accident about five years ago, and a writer wrote an article about him to help out with a fundraising effort, just explaining why this guy deserved people’s help, but before that no one knew. People just went on with their lives. FL