The My Morning Jacket frontman’s second solo record is not a hymn to destruction, but an anthem of resolve.
Menu

The My Morning Jacket frontman’s second solo record is not a hymn to destruction, but an anthem of resolve. 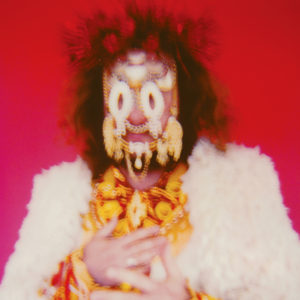 “Whatever it takes, we’re going to build it back,” sings Jim James on “Here in Spirit,” the third track on his warm and wooly second solo record. He sings it like a man standing amidst ruins—the city in smoke, every flag flying like a wave of surrender. Perhaps he’s surveying the wreckage in the aftermath of a particularly troubled election season—hypothetically, of course. What’s crucial is that the song is not a hymn to destruction, but rather an anthem of resolve.

And it’s not the only one on Eternally Even, a record where the shadows are long and the odds look grim, but hope always seems to find a way. There are references to the grave here, and “Same Old Lie” has a catalog of sadness that rhymes “hate crimes” with “shelter lines.” Yet in that same song, James is looking for a way to “live a little, try and get a little truth.” A couple of lines later, he offers stone-faced determination: “We can make it if we try.” A two-part funk opus called “We Ain’t Getting Any Younger” puts everything into perspective: it doesn’t defy death, but rather finds urgency in life’s quick passage. The world is a dark place, the song suggests, and it’s our job to make it brighter—but time’s a-wastin’.

What’s really interesting about the album, though, is how little it sounds like a political rallying cry or a series of activist anthems, even though it sometimes reads like one on paper. That’s because the arrangements seem like they’re composed to be the proverbial spoonful of sugar that helps the medicine go down: the whole album glows and hums with the sounds of vintage soul and a touch of psychedelia—sweet strings, organ hum, the crack and pop of snare drums and cymbals. The electric bass runs through the entire song cycle like a river of funk, keeping things lively and fluid. James’s golden voice is at the center, though not necessarily at the forefront.

It’s a sexy sound for an anxious set of songs, and it may be for the best that the lyrics feel like merely part of the tapestry; snippets jump out at you, but the words never seem like they’re the main angle here. Instead the sonics pull you into sweet delirium, and James’s antsy ruminations and change-making provocations sink in through osmosis—or is it hypnosis? His solemnity sells it either way, though it’s the grooves you’ll come back for.