A sincere celebration of principled people and the art they produce.
Menu

A sincere celebration of principled people and the art they produce.

Listicles are supposed to be fun, or at least frivolous and lacking in self-reflection, goddammit! So why am I sitting here, AGAIN, struggling to identify the latest poisonous trend in our culture and wondering what we as a nation and I as a citizen might have done differently? That is neither fun nor frivolous. But whatever: this week’s national disease is…cynicism! And not the cynicism of the unengaged Millennial, no, because that shit is hackneyed as the proverbial fuck, but rather the cynicism of the politician who can make an actual difference in the world, but who chooses instead to float along on the genial currents of POWER. Several weeks ago, these floaters (excuse me) looked like warriors, like true believers, and now they look like nothing more than yes-(white-)men, like people who will yes even when their yes-ing destroys core American principles. To say nothing of lives and decency.

But let’s turn away from this national horror show, and find inspiration in human beings who say “yes” when yes is true, “no” when no is right, and “maybe” when things are more complicated than that. Let’s honor people whose sincerely held beliefs actually hold up against the lure of a promotion, a raise, or a few minutes of airtime.

Stereotypes, we can all agree, are bad. But there’s a real kind of art that’s required to uncover a genuinely new type. The great artists in this mode—people like Gogol, Dickens, Dostoevsky, and the Coens—are people who can manage the trick of locating, in the furthest reachest of quirk, something that touches us all. Something that we recognize both within ourselves and without, in the world. And the character of Sally Hawkins, the optimist, par excellence, is exactly that. She is the eternal optimist within us all, but taken to an absurd extreme, and then marked with the blemishes of real human life.

John Wick: Chapter 2 came out on Friday, and it sounds even Wickier than the first installment. (Incidentally, the only complaint that I have about this character and this budding franchise is the name: John Wick, the name, is a less ridiculous name than Jack Reacher, I suppose, but that’s about the kindest thing I can say about it. Unless their goal was to create a name that implied formless milquetoastiness?) I haven’t seen the sequel yet, but if it’s true to the first, that means all the Gun fu you can eat, plus dogs. Keanu is an actor who cannot tell a lie, but if you ask him to just shoot straight and stare hard, then he is your motherfucking man—and he’s a big part of why John Wick, the film, is the motherfucking jam. He does what he promises, relentlessly.

Lucy Knisley is a quite accomplished graphic novelist who’s written about travel, food, marriage, pregnancy, and parenthood, but always from an autobiographical angle, and always with enough self-awareness to avoid ever falling into self-indulgence or self-parody. All of her books are great and worth checking out, but at the moment I am particularly enamored of her Instagram posts about daily life with a toddler. It’s familiar terrain (“He puked on me!” “There’s poo everywhere!” “He destroyed everything!”) but once again her candor and her wit keep things funny and fresh, no matter how typical the situation.

James Baldwin in his 1965 debate with William F. Buckley

In some respects it’s disappointing to see that a little over fifty years ago we were still capable of giving a fair hearing to two opposed points of view, but at the same time, fifty years ago we were still dealing with a segregated South. So some things get better and some things get worse, I suppose, but holy smokes do the talking points remain the same—at least at Buckley’s National Review. Baldwin reasons clearly and passionately (and on the right side of the night’s thesis: “The American Dream is at the Expense of the American Negro”), and won the debate handily. But Baldwin isn’t just here to score rhetorical points or to impress a college crowd; he’s here to speak out. 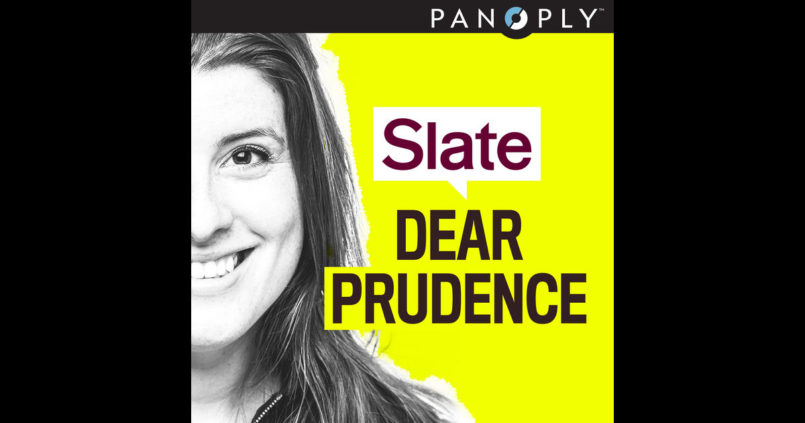 When it comes to advice columnists, you can really pick your pleasure. Savage Love, Dear Sugar, The Ethicist, Judge John Hodgman—each has its own form of intelligence and charm. The Dear Prudence column at Slate has been noteworthy in the past for the, uh, salaciousness of its questions, but has gotten new life with the hiring of one of the Internet’s funniest and sharpest writers, Mallory Ortberg. I don’t think it’s possible to do anything better than her “Two Monks Inventing Things” series, but I can see how helping real human beings with real (or really imagined) problems might be more rewarding than correcting Medieval monks on errors of perspective. But whether the topic is dogs with human faces or humans with dog problems, she retains her unique ability to get to the heart of the matter and respond with wit, insight, and originality. Also with a hard edge, when required.

Billy Bragg in “A New England”

There’s plenty of irony in literature, film, and television, god knows, but it seems as though music is especially prone to the ironic approach. And that makes some sense. There’s nothing worse than a drum circle, after all. But folk is still an area where sincerity is possible (that, and also in auto-biographical and politically-oriented works, I suppose, would be the other outliers—and more on that in a moment). And Billy Bragg has certainly held fast to the Woody Guthrie/Pete Seeger mode of heart-rending truth-telling. Of seeming to report, lyrically, from the front lines of the ongoing war against the poor and the powerless. “A New England” isn’t set in America, and it isn’t his most political song, by any means, but it’s beautiful and sad and desolate, and if he’s not being sincere here then I don’t ever want him to tell me the truth.

Beyonce is not always one for frankness and transparency. Which is certainly an understandable position to take. If you have the power to tell your own story, why would you let others tell it for you? But our lives are not entirely our own, and Lemonade picks up at the very moment when her life and her story seemed, for the first time in a long time, to be out of her control. Her response was to create an artwork that wrestled, literally and figuratively, with the many different aspects of that moment. It is essayistic, sharp, hard-hitting, and lovely. And it is sincerely striving for a reckoning and a recovery all at once. (And putting it that way, it also almost sounds like a family drama…)

Darwin in his Autobiography

There are certain authors that I read for the simple pleasure of their company, and Charles Darwin, weirdly, is near the top of that list. His earnest, honest, and genial tone are overwhelmed somewhat in his more scientific work, such as On the Origin of Species, by his (quite necessary!) passion to clearly make his case; but in his autobiography the pace of his thought slows considerably, and he shows a level of consideration and quietude that I find almost saintly. So if you’re looking for the company of a wise and patient grandfather-type, may I please recommend Charles Darwin. (He remains my favorite imaginary relative.)

There are so many problems facing America at the moment, but racism and criminal justice reform (and the lack thereof) are things that will require special attention under a Donald Trump presidency and a Jeff Sessions–led justice department. 13th can serve as either a reminder or a call to arms, depending on one’s familiarity with recent American history, but either way it is incredibly effective. There are few things more depressing than institutionalized oppression, but there are also few things that we need to take more seriously. And the head-on approach is really the only way to do this work. A side eye, a wink, or a lens just doesn’t suit the material.

Leslie Knope on Parks and Recreation