There was always bound to be a straight-ahead dance-rock album from Spoon. How could there not be?
Menu

There was always bound to be a straight-ahead dance-rock album from Spoon. How could there not be? 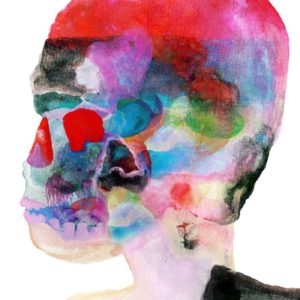 There was always bound to be a straight-ahead dance-rock album from Spoon, one that savored grooves and offered up dance floor–ready beats. How could there not be? No rock band has been as dogged in following its muse through fascinatin’ rhythms and the pure physicality of rock and roll, where songs are most readily classified not according to mood or genre but by how they make your body move—not by adjective, in other words, but by strong action verbs.

But wait, you might say. Aren’t all Spoon albums basically dance-rock albums?  You may very well think so, right up until you hear Hot Thoughts. “Oh,” you’ll surely find yourself saying. “So this is where the whole thing’s been heading.” The Austin band’s ninth album may not be their single best, but it does feel like the album they’ve always been swinging for, and a culmination of everything they’ve proven themselves good at. Which is, of course, a great deal.

The title track is a monster groove, but also a perfect encapsulation of that familiar Spoon conundrum—the one where you can’t figure out whether these guys are minimalists or maximalists at heart. There’s certainly a lot going on here: chiming bells, whispering synths, jagged guitar lines, handclap beats, even a little piano interlude where you can catch your breath. And there’s the familiar Spoon drama, too, where all the song’s tension comes from how they add and subtract layers, one at a time, like the song is a Jenga tower that’s always teetering on the edge of mayhem even as you know good and well that they built it right.

From there, sensual pleasures abound—even in the song titles themselves. Only a band intoxicated with sound and rhythm would pull out the E. E. Cummings–worthy “WhisperI’lllistentohearit,” and only a band that’s supremely comfortable in its own sweet ruckus would devote a full six minutes to the glorious noise of “Pink Up,” a symphony of exotica, shaking hand percussion, and surgically precise temper tantrums from Jim Eno on the drums. “Can I Sit Next to You” struts and swaggers, streetwise funk assembled from fat bass, chicken-wire guitar, and finger-pops. “I Ain’t the One” opens with “Everything in Its Right Place” keyboards and builds into something like an outlaw anthem—a commitment to just keep walkin’.

Since I told you that this one was dance-worthy, I should probably mention that it’s also as jittery and disoriented as any Spoon album, and that Britt Daniel is still a bundle of frayed nerves and anxious energy. Also, the last song, “Us,” is an instrumental number for sax and Blade Runner synths. I doubt you’ll dance to it, though it might make its way into some very uncomfortable dreams. So maybe nothing’s as straightforward as it seems, least of all on a Spoon album. But they know what they’re made of, and Hot Thoughts is master class.