Vince Staples at the Margins

What does it all mean? The Long Beach native isn’t telling.
Menu

What does it all mean? The Long Beach native isn’t telling.

“You don’t know me.” Over a looping synth bass line and crisp snare claps, Staples repeats the line, his voice weary and knowing. “BagBak, better back, back, you don’t know me homie,” he intones, his voice pitch-shifted down to a subterranean drawl. It’s not the most confrontational line in the song, but it’s a telling lyric. Staples has been hailed as a rap wunderkind, but he’s not here to be reduced to any single idea. He’s not easily knowable. Vince Staples contains multitudes. “I hate when you lie,” he once rapped. “I hate the truth, too.”

The new album follows a period of intense productivity and artistic daring. In 2016, he released the genre-bending EP Prima Donna and an experimental short film of the same name (the latter of which having been directed by Nabil Elderkin, this article’s photographer). He followed up the EP with a collaboration with Gorillaz on “Ascension,” the most pointed and aggressive song on the animated group’s 2017 record Humanz.

Staples raps furiously over Damon Albarn and Anthony “The Twilite Tone” Khan’s hyperactive beat, meditating on delirium, dance, and blackness, shifting at the end into a ghastly scene of racial horror.

2015’s Summertime ’06, which for many served as an introduction to the Long Beach native’s often bleak worldview and dark comedy, was less than sixty minutes long, but Staples presented it as a double album—a taut, focused set of songs that examined his youth and felt definitively like a statement.

Reception was alternately rapturous and baffling: Reviewers fawned over the record, scrambling to position Staples in the lineage of West Coast gangsta rap; alternately, an unidentified “Christian mom” went viral with her tearful and confused reading of Summertime’s “Norf Norf.” Staples, in a measured response, tweeted in support of her right to free speech, saying, “No person needs to be attacked for their opinion on what they see to be appropriate for their children”—a reaction utterly removed from the hot takes and waves of Internet mockery that sprang up in the video’s wake.

For those who listened close to Summertime ’06, Staples’s empathic response wasn’t surprising. Whether cracking jokes online or sitting down for interviews, he’s interested chiefly in expressing himself outside of the boxes or context worked up for him. To paraphrase Wayne Campbell paraphrasing Dick Van Patten and Kierkegaard: If you label Vince Staples, you negate Vince Staples. 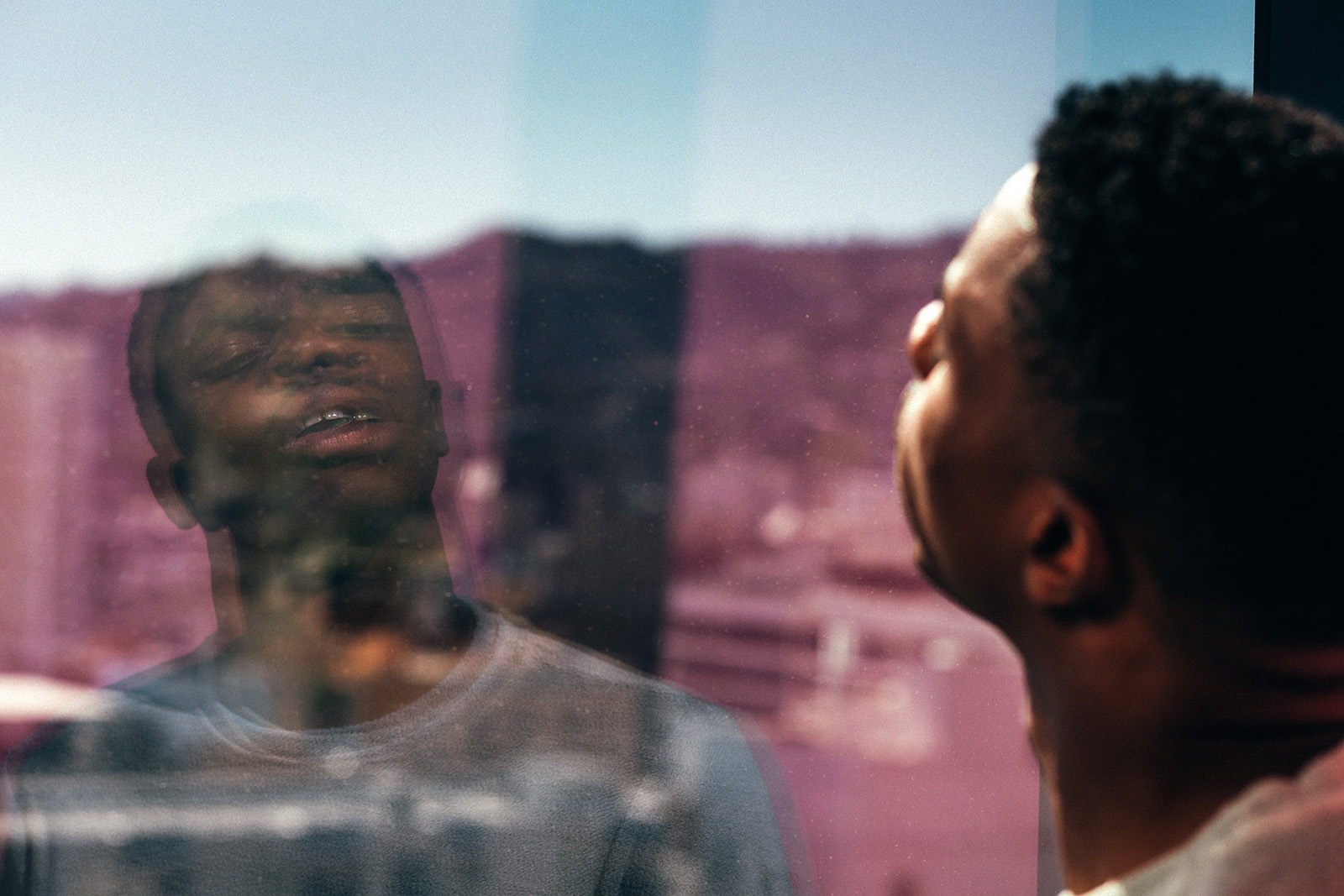 “When someone will say, ‘Vince Staples, gangsta rapper, ex–gang member from blah blah blah,’ you didn’t have to say that,” he says. “And someone else will say, ‘This song, yada yada yada, which is a song dedicated to this or that.’ [When you do that] you’re limiting someone’s opportunity to make their own opinion, you know what I mean? That kind of defeats the whole point of this thing.”

So what is the point of Staples’s thing? Increasingly, it feels like his goal is evolution. Staples exhibits an artistic restlessness. While Summertime ’06 adhered to a clanging, nearly industrial template, his work since has grown more wild and kaleidoscopic. Prima Donna was filled with mutant cadences (“War Ready”), swaggering riffs (“Smile”), faded soul (“Prima Donna”), and glitchy electronica (“Big Time”). Scroll through his Twitter feed long enough and you’ll inevitably come across a response from the rapper to a follower questioning the validity of his beats. But he’s not out to confuse fans—he’s interested in pushing himself.

“I don’t see a need for a true artist to get stuck within any medium,” he says, citing the work of Richard Prince, who is known these days for his recent series of controversial, slightly altered Instagram portraits. “You look at actual artists—nothing can stop [someone like] Richard Prince from doing a short story, or a quick poem, or a painting, or an installation… It’s all art at the end of the day. When you create music, I think you should have that same freedom.”

Staples’s pursuit of freedom extends to his own creative process. As he describes it, his approach on Big Fish Theory is discrete, and it establishes new artistic footing.

“Everything is brand new whenever we start working on music,” he says. “Nothing is a tangent of anything else, everything stands on its own.”

That’s another key theme for Staples. His songs, his records, his tweets: He wants them to be evaluated as they are. And consequently, he’s grown tired of explaining his art.

“I just never do it,” he says bluntly. “You look at something on a wall in a museum, it doesn’t come with an elongated explanation of what it is,” he says, citing the work of Kerry James Marshall, whose paintings present communal scenes of black life with a ceaseless dignity and warmth. 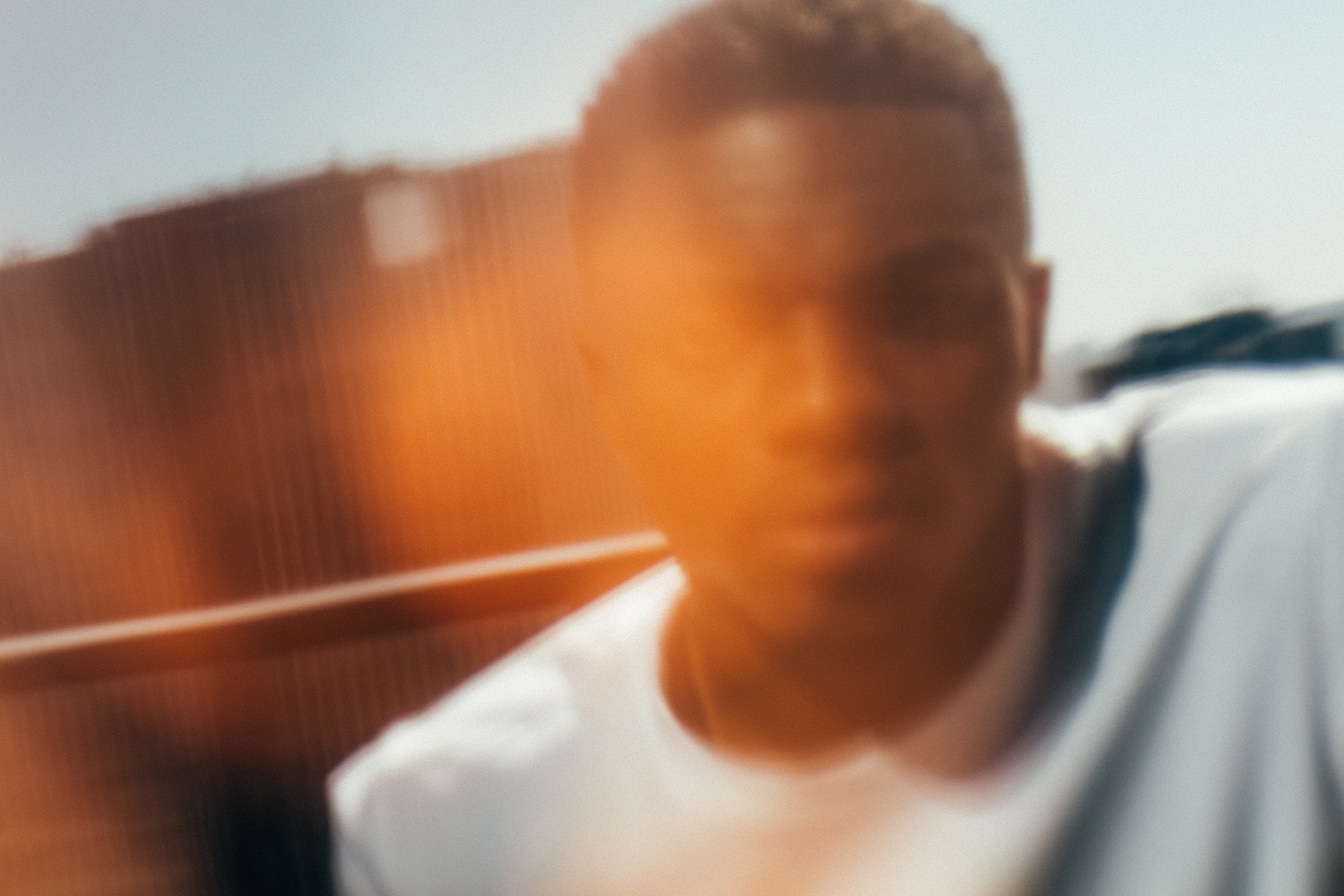 Staples wants his songs—or potential multimedia projects—to exist freely, open to interpretation in the hands of his listeners.

It’s difficult to get a grip on Staples, to place a label on him that feels like it sticks. He’s no moralizer, but his words pack a righteous, warning tone. He’s quick to crack a joke, but deadly serious when the subject turns to his craft. If there’s any way to know him, it’s to step into his songs, turn over their complications, and stutter-step between ideas while they simmer.

“I don’t want to over-explain my music,” Staples says. “I’m not messing with that. Listen to the song.” FL

This article originally appears in the FLOOD Festival Guide presented by Toyota C-HR. You can check out the rest of the magazine here. 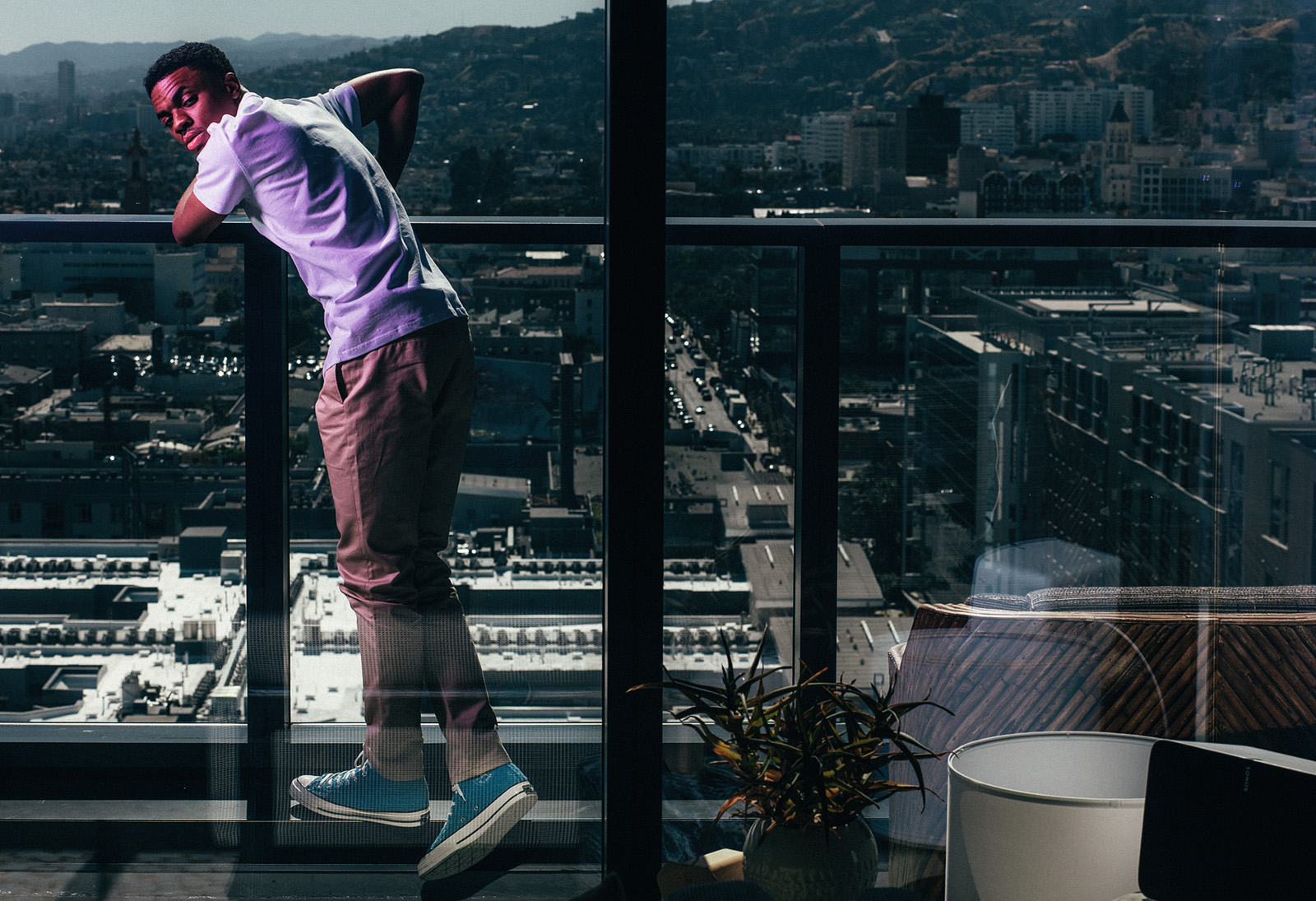