Now that he’s settled into his seventies and is releasing his eleventh studio album, it’s a remarkable comfort to see how unflinching Randy Newman remains.
Menu

Now that he’s settled into his seventies and is releasing his eleventh studio album, it’s a remarkable comfort to see how unflinching Randy Newman remains. 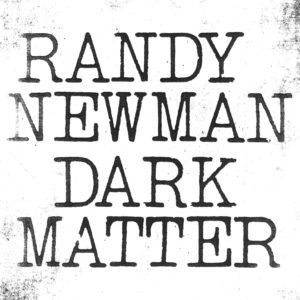 It’s easy to mistake Randy Newman for the kind of satirist who lobs judgments from afar, so smart and detached is he from the fools and losers he sings about. But the only thing as consistent as the witticism in the songs he’s sung for nearly fifty years is the intimacy with which he sings them. For a lifetime, Newman’s written songs about people’s bad behavior, lesser selves, bigotries, accidental moments of grace, and all-consuming concerns, but he’s never exempted himself from the whole mess; his view is one impossibly close to the fray.

Now that he’s settled into his seventies and is releasing his eleventh studio album, it’s a remarkable comfort to see how unflinching he’s remained, sparing no one—not the well-intentioned, not the stupid, not the virtuous, not even Randy Newman himself—from hilarious and nuanced ribbing. When the new record was announced, the prospect of Newman taking on the Trump era was tantalizing. But he’s not aiming for a topical treatise here. Instead, he writes the kind of songs he’s always written, about the kind of people he’s always written about.

At times they are crushing—“Lost Without You” nearly collapses under the weight of its own grief; “Wandering Boy” works as the tender inverse of 1988’s beautiful and cruel “I Want You to Hurt Like I Do.” Other times, they are impossibly lovely, suspended in the air—“She Chose Me,” which Newman originally wrote for an ill-fated ABC police drama/musical called Cop Rock in 1990—practically defies gravity, floating up toward the lucky stars.

Most often, though, they are riotous. “Sonny Boy” imagines the luckiest, but perhaps also the saddest, bluesman in heaven; “Putin” mocks power in a singularly defacing way. Revisiting “It’s a Jungle Out There,” which he originally wrote as the theme song for the early 2000s detective series Monk, Newman updates the lyrics to include references to the surveillance state and increased police brutality. Somehow, it’s still a joy to hear. Despite—or perhaps because of—his age, Randy Newman sounds more generous than he ever has.

While Newman’s always been a singular force, he’s perhaps at his Newman-est on the album’s opener, “The Great Debate.” An eight-minute long meta-commentary on knowing and unknowing, of questioning the nature of existence, the bombastic song asks whether or not its own author is playing fair as he addresses the human condition in his songs, from the ones he wrote for Toy Story to his strident dissection of American excuse poetry, “Rednecks.” In a lesser artist’s hands, it’d be a slog, but here it’s all rolling pianos and a gospel choir testifying to the heavens (real or imagined). “Let me get this straight,” he asks, singing about the titular substance of the universe, “You don’t know what it is, you don’t know where it is, and we can’t get any?” You can practically hear his disbelieving smile.

The same goes for “Brothers,” an imagined conversation between Jack and Bobby Kennedy in the White House. The world twists around them, tossed like a ball between heads of state and the powerful, privileged men. But Newman focuses in on the Kennedys not as figures of history, but simply as kin: joking, drinking, being fully in each other’s presence. “Big office, isn’t it, Bobby? Long hallway.” We know how the story ends. But if you press closely enough, as close as Newman seems to, you can imagine the moment when their futures seemed beautifully unknown.