U2, “Songs of Experience”

At fifty-seven, Bono remains weirdly obsessed with charting a song on the radio, and hopelessly committed to the idea that rock and roll can still change the world.
Menu

Reviews
U2, “Songs of Experience”

At fifty-seven, Bono remains weirdly obsessed with charting a song on the radio, and hopelessly committed to the idea that rock and roll can still change the world. 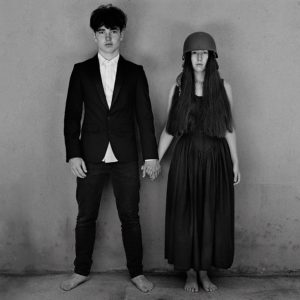 U2
Songs of Experience
INTERSCOPE
7/10

“The right to be ridiculous is something I hold dear,” Bono once sang, as if telling us something we didn’t already know. He has always been clownish—either a holy fool or a bumbling buffoon, depending on your vantage point—and it’s tempting to think he hit the peak of his haplessness in 2014, when he personally showed up in private homes to load music onto people’s iTunes. (Or something like that.) But wait: It gets worse. 2017 finds him hawking another new U2 album; at fifty-seven, he remains weirdly obsessed with charting a song on the radio, and hopelessly committed to the idea that rock and roll can still change the world.

But these are strange times; most of the lyrics on Songs of Experience, U2’s fourteenth studio album, were penned in the wake of a personal health scare, the heartbreak of Brexit, and the ascendency of Donald J. Trump. In so desperate an hour, the scale lurches Bono back into “holy fool” territory, where his heart-on-sleeve sincerity, his optimism, and his big ideas seem oddly comforting—and possibly even convincing. If now is not the time for ridiculous men to write big, soaring pop songs about love and hope and unity, then when?

This is the companion piece to 2014’s Songs of Innocence, though it also happens to be a much better album. In fact, one of its virtues is how it retroactively deepens its predecessor. Songs of Innocence was all about youthful swagger, childlike wonder, and teenage rage boiling over into advocacy and idealism. These new songs are written from a vantage point of wisdom: they long for that sense of big-hearted belief, and are better equipped to channel and control it. At times, the callbacks are explicit: This album’s “American Soul” steals its chorus from the previous one’s “Volcano,” but recontextualizes it; what was once the portrait of the artist as a young hothead is now the sound of an older man spurring the next generation into engagement.

It’s a punchy and polished record, loaded with pop songs, arguably more straightforwardly melodic than most other U2 albums, and admirably restrained in its use of their more tiresome tics; only one song here strains to be an anthem in the vein of “Where the Streets Have No Name,” and when it arrives, The Edge’s emotive guitar dramatics actually feel effective, and earned. There’s some of that youthful vigor on “Red Flag Day”—a weathered, wizened cousin to “New Year’s Day,” and very possibly a better song—and even some room for new adventures. On the album’s overture, “Love Is All We Have Left,” Bono croons like Sinatra, more or less unaccompanied. It’s possible that no U2 album opener has been as stark or as brazen.

What makes it winsome is Bono’s candor: He puts slogans aside for weaponized sincerity. Each song was written as a personal letter—to his wife and his kids, to his audience and his adopted America—and in each one he sounds humble and hopeful, fatherly and overcome with deathbed earnestness. “Landlady” may be his best love song, because it’s not about love—though it’s very specifically addressed to his beloved. “Get Out of Your Own Way” offers a gentle kick in the ass to the youngsters who fret over a world gone wrong. Throughout the album, he reckons with hopelessness, and embraces joy as a matter of intention.

The final song redeems “Song for Someone,” which appeared rather vaguely on Songs of Innocence. Here, Bono reveals who the someone is—and in one of his most open-hearted reveals, he suggests that these Songs of Experience could just as easily have been called Song of Myself.