SHIRT comes across as a battle rapper; he blazes through “Pure Beauty” in a blur of shit-talking and chest-puffing.
Menu

SHIRT comes across as a battle rapper; he blazes through “Pure Beauty” in a blur of shit-talking and chest-puffing. 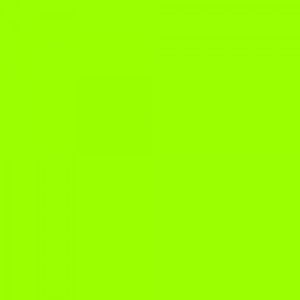 For most listeners, their first impression of SHIRT will be closely entwined with their opinion of Jack White. The New York–based rapper had a reputation that was underground, at best, before making headlines as the first hip-hop artist signed to White’s Third Man Records—a label known both for preserving and slyly subverting greasy rock, blues, country, and other American musical idioms.

Considered on that level, the appearance of Pure Beauty under the Third Man banner makes a certain amount of sense: This is a rap record that upholds some of the genre’s most folkloric qualities, actively engaging its traditions and making its mark more through skillful craft than through exploration of new frontiers.

To that end, SHIRT very much comes across as a battle rapper; early buzz suggested he was a technician with bars aplenty, and he blazes through Pure Beauty—a largely featureless album—in a blur of shit-talking and chest-puffing. He’s at his best on “Climate Change,” a song weaving political broadside and state-of-the-union provocations in between his boasts. It’s telling, perhaps, that the song’s biggest impression isn’t its point of view, but its wordplay; it’s immersive for SHIRT’s flights of imagination more than for his Trump performance review.

He raps over tracks that are similarly sly, rich, varied, and occasionally just a shade too anonymous. He actually sounds best when he’s at his most contemporary, as on the ruthless trap beats of “Palace Intrigue” and the muted steel drums of “Climate Change,” which vaguely replicate the dingy feel of a SoundCloud banger. “Fuck It Going Live” is more old-school—a jazzy piano loop with sonorous bass that Q-Tip might have worked some magic with circa 1990. “Woman Is God,” meanwhile, is faceless aggression; “Energy” is formless hum and static.

There’s more to SHIRT than his label affiliation, of course—he’s also a painter, writer, and sculptor. It’s clear that craft matters to him, and Pure Beauty offers a rich bag of the rapper’s tricks that will appeal to heads. There’s probably nothing here you haven’t heard before, but there’s something to be said for a young guy whose grasp on this music is so strong—and whose execution of it is never anything less than adroit.