In Conversation: Steven Rogers Chose the Indie Route for “I, Tonya”

The screenwriter reflects on the messiness of truth and memory, and how he worked to build a story that encompassed everyone’s point of view.
Menu

The screenwriter reflects on the messiness of truth and memory, and how he worked to build a story that encompassed everyone’s point of view.

There are many unfortunate realities of Hollywood, but a major buzzkill is that filmmakers are judged solely on their last project instead of the creative vision they have for new ideas. As the scribe of Hope Floats, Kate & Leopold, and P.S. I Love You, Steven Rogers was not the typical choice to take the reins on a biopic, especially one that re-introduced such a controversial personality into the world. Except that, in his mind, he was ideal.

I, Tonya explores how figure skater Tonya Harding (played by Margot Robbie) was implicated in the grisly attack on fellow competitor Nancy Kerrigan at the 1994 US Figure Skating Championships in Detroit. The incident resulted in Tonya being stripped of her national championship title and banned from participating as a skater or coach in any US Figure Skating event for the rest of her life. The film was masterfully directed by the Australian Craig Gillespie, who shared Rogers’s ambition to make it grounded and real—but also painfully funny.

During the 2018 awards season, Rogers was honored with a BAFTA nomination for Best Original Screenplay. The film received numerous other recognitions, as well as three Academy Award nominations. At the Oscars and the Golden Globes, Allison Janney received the statue for her portrayal of Tonya’s hard-edged mother, LaVona Golden.

Speaking to us on the phone for the film’s post-Oscars victory lap (it’s now available on Digital, DVD, and Blu-ray), Rogers talked energetically about how he bypassed the studio system and pursued the story his way—by going straight to the source.

Looking at your career, I Tonya is dramatically different from the family dramas and rom-coms that you’ve become well-known for. What compelled you to spearhead such a gritty project?

Well, I knew I had to reinvent myself, which I think is very healthy no matter what career you’re in. I was just known as one thing—as the guy who wrote romantic comedies—but I never felt like I was just one thing. I knew I had to do something that would shake everything up, and so it was very deliberate on my part. I wanted this film to have a very different tone and energy.

In an interesting way, I felt like both Tonya and Jeff [Gillooly, her ex-husband], and even Shawn Eckhardt [Tonya’s bodyguard], were also reduced to one thing, like a punch line almost. The way that we were told as readers of the story… It was the princess versus the villain. It wasn’t very nuanced. When I started researching it, I knew it was so much more complicated than what we were told.

Starting with the title, the film deals with the perception of truth and how different people come to terms with that. When the media gets involved, obviously things can get very foggy. How did you explore Tonya’s truth without getting bogged down by all the sensationalism?

That was part of the fun, because the media has one truth, and then the people who go through it have their own truth. We also have the truth of what we tell ourselves in order to be able to live with ourselves. I found that really interesting, because when I interviewed Tonya and Jeff, they remembered everything totally differently. I thought, “Well, that’s how I’m going to tell the story. I’m just going to put everyone’s point of view up there and let the audience decide.”

The truth always interests me—I keep writing about it. Love the Coopers was a big memory movie. We remember things differently because we bring our own baggage to it. The stories that we tell ourselves eventually become the truth, even though we’ve changed the narrative.

Were Tonya and Jeff weary of you during the writing process? How did the dynamic play out when you interviewed them?

“Tonya definitely has some walls and defenses up because she’s been beaten around and she’s protecting herself, but I think she came to trust me.”

I think Tonya definitely has some walls and defenses up because she’s been beaten around and she’s protecting herself, but I think she came to trust me. With Jeff, I think he was mostly just baffled that anyone would want to tell the story. He was like, “This was so long ago! Who’s going to care?” [Laughs.] I had to keep telling him that I found it interesting.

What’s curious about Jeff is that he refused to take any money for life rights, for his interview, for anything. He didn’t want to profit from it. He said that he thought of calling in the death threat on Nancy, which is what he says happened, and Tonya never would have thought of it. It ruined her career and he didn’t want to profit from it. To this day, he hasn’t received a penny. And that’s not how he was perceived in the media. I was surprised that he even let me interview him. I asked him why he agreed to talk to me, and he said, “Well, my wife really liked Hope Floats.”

Can you recall something that Tonya said during an interview that broke down any preconceived notions you might have had of someone in her position, or helped you interpret her character?

I think all of my preconceived notions were really limited, because I wasn’t given a very nuanced story from the media. It really was just broken down like: “Here is the hero, here is the villain, and they’re all just idiots.” That was as deep as it went. So, everything that I found out was a surprise.

One thing she said that really surprised me, and upset her the most, is that after the incident she went up to Nancy Kerrigan in Lillehammer at the Olympics—this girl who had been her roommate and her friend on the road—to say she was sorry that these people did this to her. Tonya said she could tell that Nancy wanted none of it. And how in that moment, Nancy thought that Tonya knew [that Jeff had arranged for Nancy to be attacked]. She said that hurt the most. 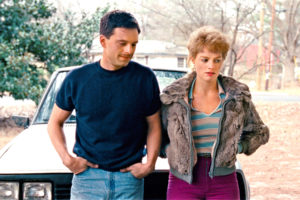 Did you draw on any of your own personal experiences in order to connect with a particular feeling or incident in Tonya’s story?

A lot of this is universal. Everyone feels like the underdog. Everybody. Five popular kids exist, that’s it. I was certainly an outsider the way I grew up. My father produced regional theater for a living. Whose parents did that, you know? I was beat up all the time, because no matter where I went, all the kids would be talking about whatever their favorite sports team was, and I was talking about Ruth Gordon. My frame of reference was just different.

For Tonya, skating was her world. Whose world is that? Rich girls. I didn’t have money growing up, and Tonya’s big crime according to the judges was that she was poor. So there was a lot I could relate to.

Were you able to meet or speak to Tonya’s mother LaVona before you interpreted her character in the script?

I wish. When I interviewed Tonya, she said she didn’t know whether her mom was dead or alive. She hadn’t talked to her in years and didn’t even know what name she was using. I tried to track her down and I couldn’t.

“I’ve worked mostly in the studio system, where you have absolutely no say on what happens. I knew that the tone of I, Tonya would never survive that system, so we had to do it independently.”

She has since come out and commented on the movie, and it just really made me wish I could have interviewed her, because the things she says are just so much better than what I came up with for Allison [Janney]! She’s talked about her alcoholism and driving Tonya to practices when she was drunk, and why she smelled like brandy at six in the morning. She said, “I happen to like brandy flavoring.” To me, that’s genius. Is there such a thing? Can you have whiskey flavoring? I don’t know [laughs].

While you were in the writing phase, were there outside influences that tried to sway you in other directions?

I’ve worked mostly in the studio system, where you [as the writer] have absolutely no say on what happens. I knew that the tone of I, Tonya would never survive that system, so we had to do it independently. Miraculously, the team [that came on to make the movie] and I all saw the script the same way. I actually had it in my contract for the first time ever that no one could rewrite me without my consent. The irony is—and I hate irony when it’s directed at me—is that I didn’t need it. We all saw the story the same way, and they had my back. There was never any question that I’d be rewritten. Never.

Why do you write?

I got in the habit of eating [laughs]. No, I think I am a storyteller, and there’s lots of ways to tell stories. During this whole awards season, you’re clumped with the same group of people over and over for different prizes, but I’ve never felt competitive with other writers. I feel like, I can’t tell a story the same way that Greta Gerwig or Jordan Peele is going to tell a story. Someone else would tell Tonya’s story in a totally different way. I can only do it the way that I can do it. FL