“Double your pleasure, double your fun,” advised that maddeningly catchy commercial jingle for Wrigley’s Doublemint Gum in the ’90s. Two is always better than one, or so we decided when putting together FLOOD 8: This time around, we’ve got a double feature for ya. Four cover stories for the price of two—our first-ever double issue, with two collectible print versions. Oh yeah, and all four cover stories are available to read on our site now. 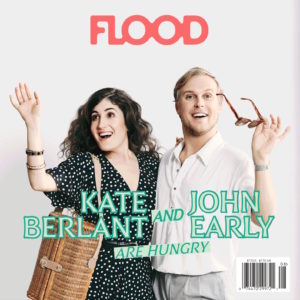 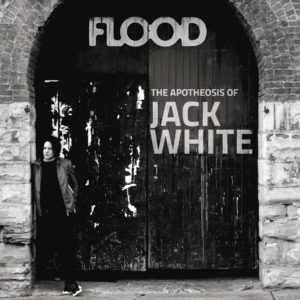 For the cover stories on the music side of the magazine, Jack White invites us into his office to talk about his unpredictable solo career and business ventures—and his most adventurous record yet—and Courtney Barnett greets us on the other end of the Earth to chart her career, showing us how she stays one step ahead. And for the cover stories on the arts and culture side, we grab dinner with John Early and Kate Berlant, the comedic duo/self-described soulmates who are leapfrogging over Hollywood together, and Roy Choi hosts Portugal. The Man at his experimental Watts restaurant LocoL, where they make plans to save the world. 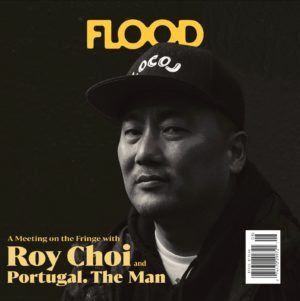 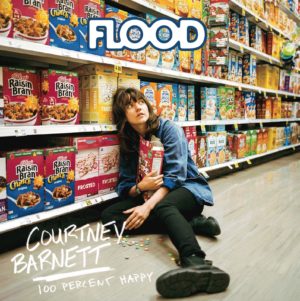 It’s not just the cover stories, however. We also dialed up Kim Deal to talk us through the winding road that led to The Breeders releasing their first full-length in a decade. We spent an intimate morning with Andrew W.K. as he struggled through a solo piano live session, capturing the singer/songwriter at his most vulnerable—and simultaneously optimistic. We hung out with the otherworldly Dr. Octagon at FLOODfest SXSW to discuss their long-awaited return to Earth. And we had Amen Dunes’ Damon McMahon reflect on the spirituality and sexiness of his latest record.

On the non-music side of things, we spoke to filmmaker Gus Van Sant about Good Will Hunting’s legacy and working with Joaquin Phoenix on his forthcoming biopic. Daily Show vet Wyatt Cenac got into writing room diversity and Problem Areas, his new show for HBO. Silicon Valley star Jimmy O. Yang showed us his new book, and explained why he doesn’t avoid playing immigrant characters. And comics legend Todd McFarlane got us hyped for his upcoming film adaptation of Spawn.

If you’re lookin’ for some fresh faces, we’ve got Breaking features on musical acts Bonny Doon, Hop Along, Nnamdi Ogbonnaya, and Courtney Marie Andrews, filmmaker Andrew Haigh, visual artist Morgan Blair, and actress Lola Kirke. Our humor section, Apropos of Nothing, is back, too (albeit with a slight, unplanned nautical theme this time around).

You can pick up FLOOD 8 at Burton, Original Penguin, and Zumiez stores, or in your room at an Ace Hotel. Otherwise, click here to read or download any of the four sides, and here to buy a physical copy.