Florence + the Machine, “High as Hope”

More than ever, Welch trusts her magnetic personality and her unerring gift for skyscraping pop hooks to do the emotional lifting.
Menu

More than ever, Welch trusts her magnetic personality and her unerring gift for skyscraping pop hooks to do the emotional lifting. 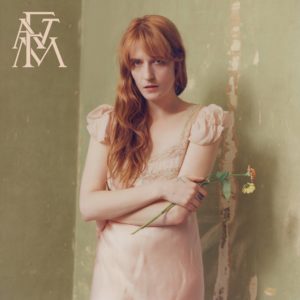 There are no mundane heartaches in Florence Welch’s world. Every emotion scales operatic heights, every tragedy feels world-ending, every moment of loneliness feels like it could be terminal. She’s not just feeling blue—she’s shipwrecked. She’s not just in a bad way—she’s in the belly of the beast. She feels it all, and her great gift is that she makes us feel it too, sweeping us along in the oceanic roar of her voice, the tempestuous whiplash of her oversized melodies.

High as Hope—the fourth album Welch has released under her Florence + the Machine moniker, even though none of these albums feel like they were made by proper, working bands—may be the best yet for a simple reason: More than ever, Welch trusts her magnetic personality and her unerring gift for skyscraping pop hooks to do the emotional lifting. Her arrangements still tend toward gothic melodrama and a creeping sense of inevitable menace, but High as Hope, with a compact ten-song tracklist, feels admirably terse and Florence-distilled; meanwhile, many of its songs allow for actual white space, a break from her typically dense arrangements. Welch is the kind of singer who could make the most trifling bit of doggerel sound weighty and compelling, and this is an album that plays to her strengths better than any that have come before.

Not that there’s ever anything trifling about her songs, of course. High as Hope tips Welch’s emotional maximalism from personal heartbreak toward a broader sense of cultural drift—though there’s still plenty of the former. The airy opener “June” considers a time when “love became an act of defiance,” though she could just as easily have called it an act of resistance; the same song pleads with us to “hold on to each other,” empathy and compassion its guiding lights. These songs are shot through with carnal desire, and often Welch blurs the line between earthbound eroticism and spiritual questing: “Everything I ever did was just another way to scream your name,” she sings on “South London Forever,” her longing both cosmic and primal.

Welch’s personality is so all-consuming, she sometimes swallows her collaborators whole; Kamasi Washington was brought in to write a few horn charts, most of which fade into the background. Better are his contributions on “Big God,” where Jamie xx also joins to bring his potent minimalism to bear in a slinking track full of resonant piano and rattling tambourine. Elsewhere, songs like “Grace” employ gospel music, both for the way it celebrates the human voice and imagines a transcendent solution to our lowly anguish. It’s one of several songs that imagines one’s interior life as something epic and sublime—a kind of dramatization at which Florence Welch remains close to unbeatable.