The former pro surfer talks Waves 4 Water, the humanitarian aid organization he founded after an interrupted surfing trip to Indonesia.

A decade ago, Jon Rose was traveling the world as a pro surfer, sponsored by companies like Quiksilver and Hurley. But the hedonistic high life he always thought he wanted was beginning to feel hollow. Searching for answers, he joined a friend on what he thought would be a surfing trip to Bali, bringing ten portable filters to hand out to a community in need of clean drinking water. But Rose never made it to Bali.

While on a boat off the coast of Sumatra, a 7.6 earthquake rattled the coast of Indonesia’s largest island, and Rose soon found himself on the Sumatran shore. He ended up using those water filters to help devastated Sumatran communities access clean water, and something awakened inside him. The son of a humanitarian who had often visited Africa to teach communities to harvest rainwater had finally found his own calling, and Waves for Water (W4W), an organization that has since then provided access to clean water to over three and a half million people worldwide, was born.

“Do what you love and help along the way,” Rose says, repeating what’s become W4W’s guiding mantra. “The reason I chose water is because my dad put it on my radar. But he didn’t want to run an organization.” That day in Sumatra, the former pro surfer decided he did.

Now, Rose leads W4W programs around the world, traveling over three hundred thousand miles a year, often dealing with people and communities when they’re at their worst: following a disaster. 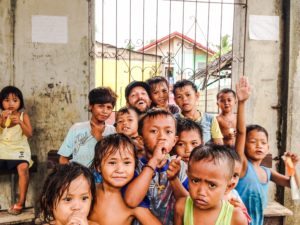 In 2017, Rose was leading disaster relief efforts with W4W in Puerto Rico following Hurricane Irma. While stationed in the area, Hurricane Maria formed and further devastated the islands, and Rose and his colleagues found themselves acting as first-responders in the aftermath. “Everything was wiped out,” Rose recalls with a deep exhale.

It takes an admirable disposition to continue seeking solutions for people in dire circumstances around the world, and Rose, who now lives in Northern California, is as steady a force as the waves he once rode professionally. From Puerto Rico and Southeast Asia to South America, Africa, and beyond, W4W has active programs in twenty countries with another twenty-three in stasis. Rose oversees efforts like harvesting rainwater, digging wells, repairing dead wells, and, most importantly, teaching communities how to operate these systems themselves. Identifying community leaders in the villages W4W helps is a key to their ability to provide long-term access to water, both for household systems and community-sized tanks. So a thorough assessment and training of those leaders is an essential part of the process.

“One time in Afghanistan, I was at a school teaching the teachers how to use everything and I asked where the water source was,” Rose shares. ”Outside of the walls of the school, there was this ravine. While it was rather urbanized, they got their water from this creek runoff, like a gully in between the streets. But animals were visibly pooping in the water—and even though they were boiling it, it was still wastewater.”

“I’ll do my best to go in the shadows and get the job done, so when someone says I can’t do something, I turn around and say, ‘Hey, it’s already done. And it’s thriving. It’s actionable, sustainable.’”

Some of the simplest tools W4W deploys are small filters, each with the ability to provide clean water for one hundred people per day for five years. The filters contain thousands of microfibers that strain out bio-pollutants like cholera, E. coli, salmonella, giardia, and typhoid. W4W calls it the “MVP filter” and it comes in a thirty-five dollar kit that can be attached to a bucket and used anywhere. Dirty water goes into the bucket and comes out of the filtration system clear and drinkable without the use of any machinery—just gravity.

The small filters have addressed big catastrophes. In 2015, a tailings dam failed along a Brazilian mining site and spilled chemical pollutants into the Doce River, where many communities got their water supply, creating one of the worst environmental disasters in the country’s history. With the river supply contaminated, the government paid for water trucks to come in from outside communities—but in an often poorly regulated Brazil, that water wasn’t exactly clean. Fortunately, W4W and Jon were on site to help.

“It’s full survival mode at that point, so the water being trucked to them as ‘safe water’ in the catastrophe time isn’t safe either,” Rose says. “We were able to set up these big community tanks for each neighborhood and make an agreement with the water trucks, so they just filled those up. It became central and micro-regulated, so to speak, and everyone could come and know that it was good water out of those filters.” 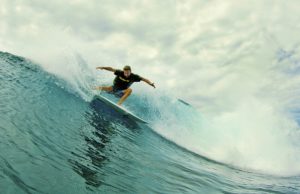 Extrapolating the filter solution is at the crux of what has allowed W4W to be successful—and you can’t bring clean water to 3.5 million people without grassroots support and, ultimately, funding. W4W has been subcontracted by the UN, UNICEF, and Save the Children for some efforts, while also partnering with corporations like Nike, BMW, and PayPal on others. “The only way we can operate is if there’s funding,” Rose says. “We’re the implementers and someone steps up to fund it.”

W4W gets creative to fund their implementations, too. The W4W Courier Program is one of the ways people can get involved with the organization: You sign up on the W4W website, set a goal for the number of filters you want to bring along on a trip, and W4W will train you to deploy clean water systems anywhere.

“Whether you’re doing five filters for a half-day on your honeymoon, or you’re BMW doing this massive corporate social responsibility campaign, or the U.S. military or a doctor doing disease prevention to work on Ebola,” Rose says, “all of those are examples of people doing what they love and helping along the way.” 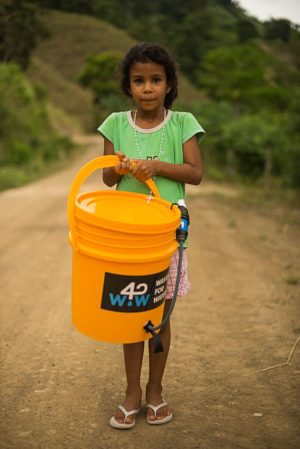 Bureaucratic red tape has stood in the way of many organizations attempting to accomplish what Jon Rose has, but he says that an on-the-ground, almost “guerrilla humanitarian” mentality is what’s driven him from the start. “I’ll do my best to go in the shadows and get the job done, so when someone says I can’t do something, I turn around and say, ‘Hey, it’s already done. And it’s thriving. It’s actionable, sustainable.’”

Rose admits that sometimes he feels the weight on his shoulders from the gravity of what he’s worked on, as W4W approach their tenth anniversary in October. But he credits the times he can still get in the water, snowboard, rock climb, or ride his motorcycle for not letting the magnitude of what his organization continues to accomplish overwhelm him. Interestingly, all of those recreational activities can be enjoyed individually—surprising for a person who leads forty-five employees and countless communities in what could be described as nothing short of a team effort.

“The biggest thing to me is knowing that I can do no wrong with this. But I can do varying degrees of right,” he concludes. “And the water crisis itself? It’s totally solvable. 100 percent. In our lifetime.” FL