In Conversation: Paul Mescal on the Intellectual and Emotional Intricacies of “Normal People”

In Conversation: Paul Mescal on the Intellectual and Emotional Intricacies of “Normal People”

Fresh-faced Irish actor Paul Mescal has been ravaging hearts across the globe with the recent release of Hulu’s Normal People. His breakthrough role as kindhearted lad Connell in the series adaptation of Sally Rooney’s bestselling novel immediately elevated him from near anonymity to promising young star.

Psychologically textured, Mescal’s embodiment of Connell, a working class boy from the Irish county of Sligo with a passion for literature, impresses for his gift to subtly emote raw sensuality and unvarnished truth. Inexpressive beyond the page, Connell suffers to fit within the pretentious world of academia when he moves to Dublin for college. It’s only in his turbulent relationship with Marianne (the talented Daisy Edgar-Jones), a wealthy classmate turned on-and-off lover, that he finds a fulfilling constant. She does so, too, in him.

Both Mescal and Edgar-Jones gained invaluable access to the inner world of Connell and Marianne thanks to Rooney’s close involvement in the audiovisual translation of her work, for which she herself wrote the scripts that were later executed by Oscar-nominated filmmaker Lenny Abrahamson (Room) and seasoned television director Hettie Macdonald (Doctor Who). The evocative result is not only faithful to the original text, but rather a cinematically enhanced retelling with an elegantly quotidian beauty.

Spanning several formative years in the lives of the captivating protagonists, the heartbreaking romance resonates strongly for its commitment to not simplify the imperfect nature of human interactions, as painfully inexplicable as these often are. For Mescal, these are the parts that any actor would always be eager to pursue, those that “you’re not sure if you’re actually going to be able to pull off or not,” and that “force you to examine the character in a really rigorous way,” explains Mescal. Quarantining alone in London, he dug deeper into this life-changing character in the Q&A below.

In thinking about Connell and Marianne’s relationship, what do you believe is the main obstacle between them that seems to continuously prevent them from remaining together?

At the point that they aren’t together, it’s very hard to describe why that’s the case, because if they knew, then they’d be able to fix it. There’s clearly an absence of communication at key moments. Fundamentally they both experience high levels of anxiety and they find it difficult to express—particularly Connell, he finds it difficult to express what he wants. That’s why we see the disintegration of the relationship at certain points.

But at the same time, while there’s clearly a lack of communication, there are instances when they seem very good at sort of articulating some of those emotions.

That’s human. It depends. I don’t walk around communicating perfectly all the time, nor do I think Connell and Marianne do. It’s a testament to Sally’s writing. She’s clearly written characters, but to me they don’t seem fictional. They seem like real, living human beings who make mistakes and who just at pivotal moments make the wrong decisions, and at relatively pivotal moments they make the right decisions. That’s the to and fro of a real life relationship too.

There’s an interesting class element to the mechanics of their relationships, which comes up a few times throughout the show. Was that aspect of Connell’s worldview useful to understand his thought process?

Class comes into certain decisions that he makes. He has an issue in asking Marianne if he can stay with her because he has an issue with asking for things when he needs them. There’s a stoic element to Connell and that’s one of his…I’m reluctant to call them negative traits because I’m always reluctant to judge him. They’re just his personality traits.

“Sally’s clearly written characters, but to me they don’t seem fictional. They seem like real, living human beings who make mistakes.”

But when I removed myself from it, class is something that definitely influences the decisions that he makes. He can’t ask Marianne to stay with her because that means that he’s asking for something, and it brings in a financial aspect because he can’t afford to live in Dublin at that period of time. He’s afraid to ask her because then he’s suddenly positioned below her, and they ultimately exist on this kind of really leveled intellectual plane throughout the positive parts of the relationship. And I think he’s afraid to upset that.

Is Connell a character that you were able to find empathy for based on your personal experiences, or was he emotionally foreign to you?

With all characters there are bits of you that you can recognize and bits of it that you don’t, and you have to work on it. It’s about recognizing those. School life was kind of accessible to me in terms of playing Connell, but the heavier, more depressive side of him was something that I had to really work out, think about, and try to interrogate.

Episode 10 represents a breakthrough for Connell as he confronts his mental health in a cathartic manner. Tell me about the significance that episode carried.

Hettie directed that episode, and she was extraordinary with it because we were both on the same page. We really wanted to get it right because it was written in such a beautifully honest way. She was just incredibly patient and generous with her time. We had amazing conversations around mental health and what it means. Ultimately the pressure is that, again, Connell doesn’t feel fictional to me in the sense that whether I’ve felt those things or not, I’m aware of people in my life who have. It’s a drama and it’s acting to me, but you’re representing somebody who is representing people’s real life experience in modern society. It was tough to shoot, but I found it incredibly satisfying. It was about trying to really imagine what his full, real relationship was with [Connell’s friend Rob, played by Eanna Hardwicke] to make those lines feel authentic and truthful. 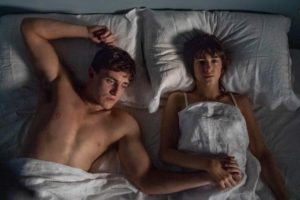 You give a very honest performance, but it’s hard for me to articulate what makes it honest or what you did to make it feel that way. What was the process, in the case of Connell, to portray someone that rings truthful or human beyond fiction?

To get what you hope is an honest performance is about working really hard on imagining the circumstances, imagining what it’s like to be in Connell’s shoes at that point, and really sitting into it and taking your time with his thought process and unpack what it means to be isolated from Marianne and what it means to lose an old friend from school. What it means to kind of not fit in, in a place that you had hoped you would. The more you interrogate those ideas inside your own head, when you’re going to go and play us, the more that imaginative process should support you when you go to shoot it. Hopefully that’s what people will see as an honest performance, but I don’t know. That’s the million-dollar question.

People have been impressed with the sex scenes in this show. Why would you say the approach in Normal People feels unique to viewers?

Would you say the show speaks to how romance occurs in today?

It definitely does, but what’s been interesting gauging from the response is that the praise of the show hasn’t been necessarily restricted to one generation. It’s been cross-generational and it’s about the fundamentals of love and relationships, and that’s not exclusive to the 2010s and 2020s. It just happens to be written in that period.

Connell isn’t exactly a role model, but he embodies a lot of qualities that we would hope young men today would embrace in fighting toxic masculinity. He doesn’t want to act like his friends, but sometimes he succumbs to social pressure or his own fears.

I totally agree with you, he is very aware of what toxic behavior is. He is fundamentally a very good person who believes in respecting everybody. But ultimately he does still suffer with anxiety and where he sits in the world. Sometimes he can’t act on his impulses to do the right thing. That’s much more interesting than seeing heroic action after heroic action in a novel because nobody’s really like that. People choose when to stick their head above the parapet and act in a noble fashion, but that’s a very difficult thing to do. And I think Sally gets that balance really right.

There are two characters whose relationship to Connell appear very meaningful. One is his mother, Lorraine, who doesn’t take his side by default, and the other is Jamie, one of Marianne’s boyfriends, whom he, surprisingly, doesn’t act physically aggressive toward despite the humiliation he endures from him.

Lorraine is a hugely positive force in his life. She is the person who has taught him morality. She’s the person who taught him what the right and wrong thing to do is, and ultimately she’s not somebody who tolerates his bad behavior. She doesn’t allow him to arrive below her standards. On the other hand, Jamie is a polar opposite to Connell. And it’s not that he wouldn’t want to punch Jamie, it’s just that Connell isn’t a confrontational person. Jamie enters the novel at an interesting point when Marianne and Connell are split, so he doesn’t feel like he has the right to act on her behalf in that situation.

“Normal People” seems like such an innocuous title, but the connotations it carries or the irony that it may imply are fascinating. What does it say to you?

It’s probably subverted in the sense that I think both Connell and Marianne are actually extraordinary rather than normal. Sally has taken two very “normal people” from the world, and written an incredibly detailed novel about their lives. They’re technically normal people, but I think when you interrogate somebody to that degree of detail, nobody’s really “normal”—to use that term. Once you get below the surface, normality kind of goes out the window. FL