The series will include unheard tracks from River’s band Aleka’s Attic and others.
Menu

The series will include unheard tracks from River’s band Aleka’s Attic and others.

photo of River performing with Aleka's Attic at the 9:30 Club in 1991 by Alexandra Taylor

Beginning on Mother’s Day (May 10), Rain Phoenix’s podcast and label LaunchLeft will present the Launched Artist Digital Singles Series in partnership with FLOOD. A digital single will be released every two weeks featuring artists that have a six-degree connection to River Phoenix. A new artist’s digital single will be released every other Sunday followed by a video premiere on FLOOD on Monday and a podcast interview on LaunchLeft on Tuesday.

The series will conclude on August 23, 2020, on what would have been River Phoenix’s fiftieth birthday, with two previously unreleased songs from his band, Aleka’s Attic, which will be available digitally and on vinyl. The original songs will now also include new bass lines by one of River’s close friends, Flea of the Red Hot Chili Peppers. 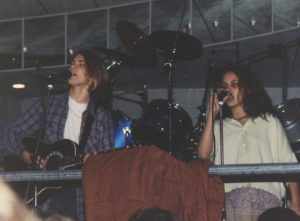 courtesy of the Phoenix family

The right ideas don’t always come at the right times. For Rain Phoenix, the second-born in the Phoenix clan of creatives, ideas are part of her DNA, and they never stop. In 2010, she conceived LaunchLeft, an online platform for left-of-center music, an ecosystem for established artists to help launch the careers of emerging artists. For the last decade, Rain has been honing and adjusting LaunchLeft, all the while maintaining the project’s core ethos, which is pivoting from competition to collaboration.

Since September 2019, LaunchLeft has produced a weekly podcast hosted by Rain and her sister Summer (who will eventually be moving out of her host seat). Tapping into their formidable network, they have had a wide cross-section of notable creatives as guests. From Phoebe Bridgers launching Charlie Hickey to Shepard Fairey launching not one but two artists, Velvet Starlings and the Tenth; even the Academy Award-winning Phoenix brother, Joaquin, has appeared to launch Rain. Other guests on the show include Jack Black, The Flaming Lips’ Wayne Coyne, Daniel Lanois, and Rufus Wainwright.

“I count everyone as a creative, regardless of how, or if, they manifest that in the arts in their lifetime,” says Rain. “We are engines of creation and the best parts of humanity are the artistic ones. For artists who create and feel like it’s in a vacuum, to cultivate them and be intentional in the artist community about kindness and caring and lifting each other up…when I talked about it in 2010, I felt like the crazy person in the room. Now, with the podcast, I’m exploring all the original ideas and practicing what I preach, trying to get the ideas out in whatever collaborative way I can.” 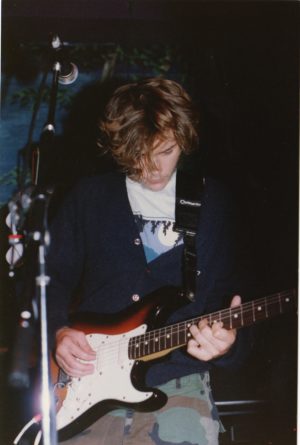 courtesy of the Phoenix family

As multi-faceted as its founder, LaunchLeft also functions as a record label. Rain released her debut solo album—River, named after her late brother—on the twenty-sixth anniversary of his death in 2019. Previously unreleased songs from River’s and Rain’s band, Aleka’s Attic, were also released on LaunchLeft in 2019 with more to follow this year. As is the cosmic way with Rain, an avalanche of connected ideas collectively arrived fully formed in her mind, related to these release.

“I have artists I want to release on LaunchLeft,” she says. “If I attach their releases with Aleka’s Attic, that could help those artists. And that would make River so stoked. He was that kind of person. He was generous and loved other artists. I checked with my family and it made sense to them as something River would want to do. Everything fell into place. Digital singles, one every two weeks, starting on Mother’s Day, on the same year that Earth Day is fifty years old. He was such an environmentalist, and that ties in with Mother Earth. I’m into symbolism and numbers—everything has to have a concept and a heart to it. The last release will be Aleka’s Attic, on August 23, which would have been River’s fiftieth birthday.”

Titled “Launched Artist Digital Single Series,” each of the artists Rain has lined up for this rollout has some sort of connection to River. Unintentional, the connections were noticed by Rain after the artists had already been determined. Capes, which is her sister Liberty Phoenix’s project, kicks off the series. Among the other artists slated for the series are prolific score composer The Angel, visual and performing artist Simi Stone, screenwriter and musician Tenlons Fort, singer/songwriter Simone Istwa, Venezuelan chanteuse Ane Diaz, and FUNKILLER, the one-man band of photographer Dave Gordon. The series culminates with the release of a double-sided single from Aleka’s Attic with new bass lines from Red Hot Chili Peppers‘ Flea, which will also be available on vinyl. 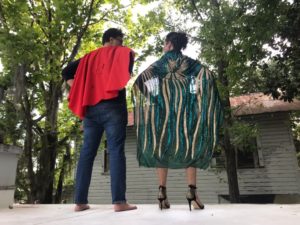 It is only in the last year that Rain’s musical output has been directly tied in with River. This, in itself, has been a healing experience for a loss that, no matter how many years go by, is still felt today. Says Rain, “I lost River at twenty. My brain wasn’t fully formed. I didn’t know how to process. That chasm of grief, you figure out how to bury that.”

It was the loss of the patriarch of the Phoenix clan in 2015 that put into motion Rain releasing two Aleka’s Attic songs alongside her song featuring Michael Stipe, “Time Is the Killer,” and it was then that realizations started forming.

“Even though River’s gone, he’s been beside me all the time,” says Rain. “Going through the process of making a solo record, I realized the reason I had probably never done it before was because I couldn’t think of what making music was like without River. I joined bands or started bands so I would have a buffer of not looking at the pain of not being with my number one collaborator ever again. When it finally dawned on me that I was going to name the album River, I realized he has to be part of my experience. I can’t be Rain Phoenix without River. The record honored River, but it was about the universality of loss. By honoring River, I was connected to everyone.”