The LA duo’s fifth record is full of weird and unexpected twists and turns.
Menu

Reviews
No Age, “Goons Be Gone”

The LA duo’s fifth record is full of weird and unexpected twists and turns. 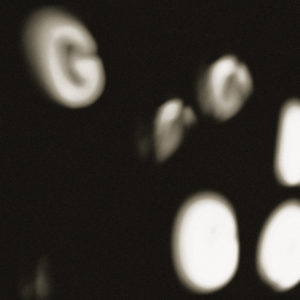 For their fifth full-length, Goons Be Gone, LA noise-punk duo No Age decided to be very much business as usual. Which means that this record, like the four before it, is full of weird and unexpected twists and turns. This is, after all, a band that has never played by the rules, and the pair’s flagrant disregard for convention is continued here, fifteen years since they first started out.

The best example of that is also the oddest (and, to be fair, least engaging) track here—the sixty-two-second “Working Stiff Takes a Break,” which is less a song than a whimsically distorted interlude consisting of what sounds like an off-kilter, out-of-tune organ overlaid with a discordant, talking chant. While it comes off as a somewhat pointless nothing-song, its inclusion helps establish this as a traditional No Age record. Similarly, the experimental, meandering instrumental “Toes in the Water” and its jittering, looped swathes of sound seems designed to test the listener’s patience rather than elicit any kind of deep emotion from them.

Yet when guitarist Randy Randall and drummer/vocalist Dean Spunt opt to write a more traditionally structured song, the pair hit it out of the park. Opener “Sandalwood” weirdly sounds like it was born in the ’70s on New York’s Lower East Side, but filtered through the fuck-you mainstream vibes of R.E.M.’s scuzzy, feedback-frenzied beast Monster, while “War Dance” is a hyperactive post-punk anthem that crashes in an unrelenting shimmer of nihilistic indifference. “A Sigh Clicks” is one of the less abrasive, more melodic tunes here—but it’s neither that melodic nor that soothing.

That, of course, is (and always has been) the No Age way. It means that even “Head Sport Full Face” and “Agitating Moss”—the last two songs on the record and arguably the two catchiest—take effort to listen to, and, like the rest of the album, require a concerted and concentrated effort to do so. In this day and age of minimal attention spans, that’s a noble art indeed.