With his new LP “How We Intended,” the New York rapper examines the beauty he sees in the struggle to achieve artistic and personal peace.
Menu

With his new LP “How We Intended,” the New York rapper examines the beauty he sees in the struggle to achieve artistic and personal peace.

Marlon Craft was right on time. As the New York rapper released a string of searing songs about America’s modern evolution—2019’s “Gang Shit” and 2021’s “State of the Union” chief among them—the political tide in the country was rapidly changing from partisan to toxic. When the United States Capitol was stormed on January 6, Craft’s material provided a sobering look at race relations and power struggles among U.S. citizens. The buzz surrounding “State of the Union” led to an appearance on MSNBC with Ari Melber, which carried over to more than two million views on YouTube in less than 48 hours.

As he builds his own online community through his website The Center, Marlon Craft taps into what he believes are the common threads of humanity as he explores his own perspectives and evolution throughout his new LP, How We Intended. In our Q&A, Craft discusses what he learned when he traveled outside of New York City, the power of realizing that he is in control of his own life, and his objective with How We Intended.

Watch and read the interview below. How We Intended is available now.

I was interested that you said on “State of the Union” that if it wasn’t for COVID that Trump would have won in a landslide. Why do you think that?

I’d have to go back and look at polling. I don’t want to say anything that’s off, factually or statistically, but the feeling that I got—and from what I was reading at the time—it just really felt like from a combination of the left’s apathy for Biden and the right’s energy, which we’ve seen on full display now—and most importantly, the so-called moderate right, or whatever you want to call its willingness to tolerate essentially terrorism on the other side of things for the sake of maintaining their party’s power—it just really felt like that was where it was going. It wasn’t an extraordinarily close election, but when you look at what’s happened in our country in the past year with COVID, and when you look at what’s happened over the past four years with this president, the fact that this was however close it was even despite all that, there were still 74 million people that went out and voted for this guy. I think that’s something that we have to be wary of now and in the future, because this energy still exists.

“I’m lucky to have a really tight knit group of friends that we all grew up on the same block or in the same neighborhood in New York. We’re still family to this day, and I just don’t take that for granted because I’ve seen all around me people just fall apart.”

With that song, it was more of a personal thing. I’m at that age where we’re really leaving childhood behind, and you start to see who makes it in your own life in terms of your friends, people that you thought you’d be close with for your whole life, but maybe you don’t. You just realize that there’s so much value [in friendship]. I’m lucky to have, like, a really tight knit group of friends that we all grew up on the same block or in the same neighborhood in New York. We’re still family to this day, and I just don’t take that for granted because I’ve seen all around me people just fall apart. It’s not always like this tragic, toxic thing of, “The crew broke up.” But it’s definitely just part of life. So for me, that line, “It’s hard to stick together with your team / Keep the glue close,” is just that coming-of-age thing and realizing that you want to keep certain people close to you.

How did going away to college affect those relationships?

In a weird way, it strengthened them. Right after college when I was getting my career started, I was so New York–centric. I still am, but I was repping New York so hard because when I went away, I didn’t realize how New York I was ’til I left. When you leave, you just think that you’re you. I didn’t really travel very much, so I’m living in New York [among] these cultural things that I take for granted. Then I went out of town and I missed it so much. I realized how much of me personally, emotionally, culturally was tied to the city. I really took it on more aggressively as a part of my identity. I missed those friends while I was away, and I realized the value of those friendships while I was away. So when I came home, I think a lot of them got tighter.

That was just a turning point. With this How We Intended album, it’s kinda what it means to me. I thought in the past that I wanted certain opportunities or certain looks at a certain time, or that maybe I deserved them. I was a competitive dude. I grew up in New York playing basketball as a hip-hop kid. I was always frustrated, really competitive. I got to this point where I just realized, like, as things are starting to happen for me in my life and in my career, they’re happening at the right time where I’m ready for them, where my skill set is ready for them, where I have a deeper appreciation for them.

“Everything that comes along, whether it’s a challenge or whether it’s a hand that gets lent, ultimately I’m grateful because it’s all making me who I am and lending itself to part of my story.”

So I just got to this point where I realized I’m grateful for it all. I’m ultimately in control of the narrative. I’m not in control of the timeline, but I’m ultimately in control of the narrative and the storyline of my own life and my own career. So everything that comes along, whether it’s a challenge or whether it’s a hand that gets lent, ultimately I’m grateful because it’s all making me who I am and lending itself to part of my story. I have a deeper faith that things are gonna happen in the way that I’m going to be able to deal with them. So that song, it sounds on its face like a little stunty, but I was with Dante Ross in LA and we were going to meet with Plain Pat at Dot da Genius’ studio and we had this whole conversation about the idea of gratitude on the way there. Then Pat played that beat and I was feeling grateful.

So then what’s the artistic objective with How We Intended?

The grand one is that I just want to touch people. I want people to feel moved in whatever way by this work. For myself, it’s about expression, and it’s about the communication of this idea—to myself and to the world—that while the path and the journey is forever evolving, and I don’t know how it’s going to look and it’s probably almost always going to be non-linear, the intention that I have to be true to my art and the people who are moved by it, and to be true in my objective to just speak truth to myself and to the world. That intention is going to remain. That intention is why I’m here, and that’s what I’m here to do. So, wherever it lands me at any point, if that intention stayed true, I’m not going to have any regrets. This album is sort of a proclamation of that, and a telling of a story of how I really arrived there this year. FL 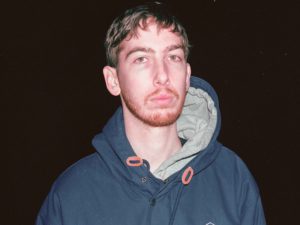