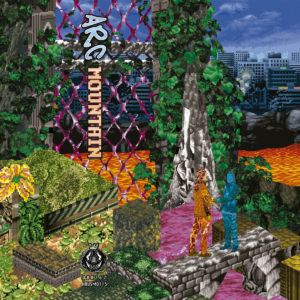 My curse as a music writer is that I can’t ever manage to talk about the intersection of hip-hop and electronic music without providing the reference of early-era Anticon. Something about those recordings from that period—approximately, or maybe very specifically, 1999 to 2004—resonated with me at an early age and they continue to feel like they exist outside of time (go ahead, put on The No Music and tell me what year you think it came out), though perhaps my favorite record the label put out at that time was a sampler they forged together at the end of this prolific span. It all existed outside of any musical and cultural context for me—it felt like it was sealed off in a vacuum where the dozen or so artists involved only took inspiration from each other, crafting a compilation out of pre-released recordings seamlessly converted into a cohesive album easily spliced together with segues applied like adhesives.

Frankly, after a decade of listening to hip-hop and electronic music outside this narrow pocket, early Anticon still feels pretty tightly sealed off from any other movements in music. Yet plenty more similarly vacuum-sealed labels have cropped up in the interim which similarly feel hyperlinked to each other by a mutual interest in obscure corners of the internet and the niche media that fill them, which echoes Anticon’s attraction to meeting other white boys in late-’90s hip-hop chatrooms. While considerably more influenced by noise and a general sense of chaos than underground rap and abstract philosophy, Deathbomb Arc is responsible for launching the careers of clipping. and JPEGMAFIA (not to mention their own strain of AOTY-caliber comps—EVIL II being a personal fav), while continuing to peddle abrasive, out-there music that’s inexplicably compatible with the equally inimitable, glitchy, bootleg of a bootleg of a bootleg of a Sega Genesis soundtrack label Hausu Mountain.

Arc Mountain, the title, naturally, of their new joint comp, demonstrates just how comfortable DBA’s rappers and vocalists can be working over borderline-nonsense electronics. Production that would prove challenging to most rappers—the self-sufficient sequenced-and-tracked black metal–ambient of Fire-Toolz, the more sample-reliant tapestries of Khaki Blazer—feels like a playground for the tag-team raps of They Hate Change, Dos Monos, and Angry Blackmen. Dustin Wong’s wandering prog-electronics merge perfectly with the slam poetry of SB the Moor, while Khaki Blazer’s goofy, crackling, and not-entirely-un-Nosdam-like plunderphonics complement Margot Padilla’s hysterically condescending first-person narrative of a killer cop. Even the fully instrumental tracks—such as “Red Dwarf Flower Bed,” which features clipping.’s Jonathan Snipes alongside Fire-Toolz and labelmate TALsounds—feels like the perfect integration of two distinct production styles.

Unlike that Anticon sampler, it doesn’t seem likely that the sounds of Arc Mountain could have been produced within any year between 1993 and 2021—in fact, more often than not while listening to the record it’s hard to convince yourself a moment in which these sounds can exist is even upon us yet, let alone that so many artists were not only able to understand this bizarre unified vision, but contribute some of their best work to it. The feeling of engaging with this music should be intimidating, alienating, but I suppose the genius of the album is that it instead feels inviting.