Ella Williams discusses her sophomore album “Planet (i)” and the beauty and terror of nature which inspired it.
Menu

Ella Williams discusses her sophomore album “Planet (i)” and the beauty and terror of nature which inspired it.

Alex G, God Save the Animals

Alex Giannascoli’s latest has a density to its proceedings that his previous albums lack—all while maintaining the quirk and intimacy of the bedsit recording proposition of his project’s origin.

When I catch up with Ella Williams, she’s reading about the Ring of Fire, the eclipse that she missed the night before. It’s strange to think about how easy it is to miss something so phenomenal, like the colliding of silhouettes between two orbital rocks that rule our daily lives. That’s the bizarre spectacle that Williams captures on Planet (i), her sophomore album as Squirrel Flower—that our relationship with the outside world is sometimes contingent on how it affects our personal lives. We can miss the collision of planets or bursting of galaxies, but we only start to pay attention when a comet comes crashing onto the Earth’s surface.

On the album’s slow-building opener “I’ll Go Running,” Williams becomes a traveling fireball hurtling toward anyone paying attention. “I’m a space rock burning fast / And when I get worn out I’ll dive into the ground,” she sings unflinchingly over bluesy guitar. By the end of the album, on “Night,” her flame is barely lit and unwilling to breathe in the air. Although she’s terrified of the uncontrollable force, she looks to the formidable elements for strength. “To the moon I wail of solitude / And she spits on my head.” Moments before on “To Be Forgotten,” Williams embraces that ability to fade away.

Her 2020 debut album I Was Born Swimming was an act of artistic birth, as well as a reference to her actual birth—she was born surrounded by the amniotic sac. Appropriately, the album was spacious, fluid, and nonlinear. Planet (i) is its mirror image. Recorded in London with producer Ali Chant, it came together in the complete opposite style of her first album, which was recorded almost entirely live. After an inspiring conversation with her older brother, Williams returned to her old habits of recording music and experimenting with production. She says the result was “mixing folk with something that sounds like it’s being played in a church by Aphex Twin.”

If I Was Born Swimming is a night drive following the tails of shooting stars, then Planet (i) is a car overriding traffic by driving on the shoulder, rocks spewing at the stationary cars. Williams explains that she envisions herself as the album’s protagonist. “It’s a metaphor for how I feel a lot of the time, kind of careening through life and being impulsive. A question on the album is, ‘Is that a good way to live? How do you be mindful even when you feel like you’re going through life that way? How do you take a step back and realize your place in the earth and the universe and the stillness?’”

“It’s a metaphor for how I feel a lot of the time, kind of careening through life and being impulsive. A question on the album is, ‘Is that a good way to live? How do you take a step back and realize your place in the earth and the universe and the stillness?’”

Hearing Planet (i), one might get the false impression that it’s a quarantine album. Williams is clear that it’s not, yet the pandemic putting the world on hold allowed Williams the ability to pose these questions carefully within her music, while also being able to sustain herself on unemployment. She points out the battle of late capitalism versus creative callings, “at least in this country, where there’s no fucking public support for any of the arts. It’s incredibly, incredibly difficult to find the time that your practice deserves. With COVID and getting money from the government, I finally was able to give my practice the time it deserves, and it felt so amazing and so empowering in a way that I hadn’t felt in so long,” she says.

Initially, though, it wasn’t the universal pause that inspired her closer look at nature’s colossal powers—it was a concussion. Well, three concussions, to be exact, all of which happened during the course of touring her first album and making this new one. “I couldn’t be on technology,” she says. “All I could do was go for walks. And I ended up getting into this really intense cycle of mindfulness, for lack of a better word, because I literally couldn’t do anything else.” Then quarantine happened and isolation felt familiar. Concussions had already destroyed her sense of normalcy, and she was already writing her way through it. Although Williams was documenting her own seclusion, the overlap of her album’s release and the official OK to go maskless make the journey of Planet (i) eerily timed. 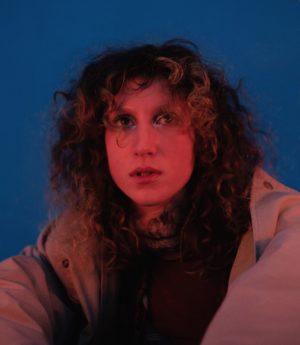 Although the images on the new album might bring to mind the rapture, it’s humanity’s impulsiveness toward this planet, paradoxically, that finds Williams grappling with a life-long fear. There are visions of roadkill and speeding comets; it also feels, at times, like a portrait of America, with hot cars speeding recklessly, dirt and dust filling the air, and oil burning. There are explosions and tornados, and it all feels like a Mad Max sequel. Rather, this collection of 12 tracks is Willliams’ reckoning with fears that have haunted her nightmares since she was a kid. “I will probably have to come into contact with some sort of insane manifestation of one of these elements, thinking about climate change and the way everything—weather, storms, floods, fires—is going. And trying to come to terms with that,” she says.

“Ever since I was a kid, I’ve had really intense fears and nightmares about huge floods, or really, really deep water, or, huge waves, or really strong wind. For me, it’s more about the power of these things,” she tells me. I can hear her trying to wrap her head around the calamity that the elements can cause. She then tells me about sitting near Lake Michigan—she’s currently in Chicago—and the city’s setting on a body of water. “It felt like the city could just fall into the water at any point. Like if something goes wrong,” she laughs, noting the thought’s seeming impossibility.

“Shit is fucked. And it’s not because of COVID. This idea of the apocalypse as one singular event, and then everything is different after, is such a lie. And in my mind, late-stage capitalism has been destroying things for a very long time. And the effects of that have been very visible for a very long time.”

Between the lovelorn ballad “Iowa 146” and the crucial highlight “To Be Forgotten,” there’s something of an artist statement Williams thinks over during our conversation. At the end of the tension-fueled “Flames and Flat Tires,” she declares, “Trying to recall how the rain felt on my skin / And scream to anyone who will listen.” She warns of the end before it’s too late. “I think about the role of a musician and an artist as sort of being like an observer, and noticing what’s happening around you in the world and documenting it. And shit is fucked. And it’s not because of COVID. This idea of the apocalypse as one singular event, and then everything is different after, is such a lie. And in my mind, late-stage capitalism has been destroying things for a very long time. And the effects of that have been very visible for a very long time.”

The greatness of Planet (i) is the album’s contention with itself, along with Williams’ ability to capture the grandiosity of nature and its many contradictions. It’s as terrifying as it is gorgeous. “Walking home through the lightning bugs / Tornado came right down,” she sings on “Pass.” Later, that same howling wind carries her to the stars. The song ends with the album’s mission statement: “I’m staying up / Staying up all night / To wrestle with it / The good and the bad.”

On the minimal stunner “Desert Wildflowers,” Williams’ voice is tender as she sings about watching the storm reach its peak. She captures a calm sense of awe. It’s a form of acceptance that she and these wild brewings are one in the same, “to realize that I’m made of the same shit that that is,” she explains. “The main thing I want the album to do is wrestle with the earth, or be able to see the beauty and also the terrifying nature of it at the same time.” Williams’ music stands as a blazing testament to both the good and the bad, not letting either’s flame wither away. FL 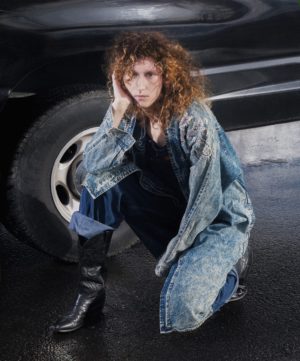