Nicolas Jaar and Dave Harrington crystallize what made their debut so impactful while offering enough new detours to avoid retread status.
Menu

Nicolas Jaar and Dave Harrington crystallize what made their debut so impactful while offering enough new detours to avoid retread status. 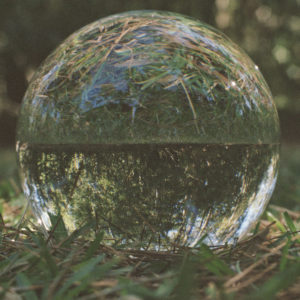 As the years passed since Darkside initially announced their hiatus in 2014, the band’s already considerable mystique only deepened. The duo—comprised of electronic maestro Nicolas Jaar and multi-instrumentalist Dave Harrington—had, with Psychic, released a critically heralded debut album and embarked on a widely buzzed-about accompanying tour.

Shortly thereafter, though, they announced their disbandment for the foreseeable future, instead choosing to focus on their various other tangential projects (such as Dave Harrington Group and Jaar’s work under his own name, as well as his separate Against All Logic moniker). The decision was at once a major bummer and a sort of perfect capstone for Darkside—their elusive nature was part of the package, and the conceit of Psychic operating as a standalone statement had a certain enigmatic appeal.

Now, eight years removed from Psychic, Darkside have released Spiral (which allegedly has no connection to the recent Chris Rock reboot of the Saw franchise, despite my hours spent attempting to connect the dots). It operates as an ideal follow-up record, crystallizing what made its predecessor so impactful while also offering enough new detours to avoid retread status.

Spiral wields a treasure chest of disparate influences, at times indebted to krautrock, other times delving into skittering electronica, elsewhere nodding at the very spaciest Pink Floyd records. This is dense, transporting music, but it isn’t uninviting; while you would hardly describe it as an upbeat album, it can come across as lighter on its feet than Psychic at times, with melodically rich songs like “Liberty Bell” and “The Limit” showcasing the band’s pop leanings, even though the latter abandons its undeniable groove for amorphous, quietly unnerving ambience.

It’s that element of surprise and invention that keeps the record interesting even as its overall contours resemble those of Psychic (perhaps a little too closely for those with a less charitable view). But what Spiral achieves is no small feat; too much modern psychedelic rock crumbles into disposable pastiche under scrutiny. Jaar and Harrington have made an album that, despite its familiar foundation, is guided by their desire for invention and exploration.