In Conversation: Kevin Drew Soundtracks the Beauty of Voiceless Emotions on “Influences”

On Zoom, Kevin Drew, puffy-eyed and sleep-deprived, is hard-boiling an egg in his kitchen. I ask him how he’s doing, a question he answers by spending three minutes talking about an enlightenment he’d been granted this morning by a sunrise he caught at a cottage which, according to Drew, is the first sunrise he’s seen in at least a year. He’s an early morning person now, enjoying the solace of what few hours he gets by himself before everyone else comes alive. “If there’s a hollowness to all of that, and it doesn’t make you whole, then, no matter what, you’re going to have to stop and just look around. That’s Ferris Bueller,” Drew says, grinning behind a pair of dark-tint sunglasses.

Even though the Canadian multi-instrumentalist has enjoyed compiling a long, often-sporadic discography with his longtime band Broken Social Scene, Drew’s interest in electronic soundscapes predates all of that. In the late-’90s, Drew and Charles Spearin helmed an instrumental band called KC Accidental, where they composed soundtracks and remixes amidst the early Thrill Jockey and Drag City catalogs they found safety and inspiration in.

But during lockdown, and coming full circle with each other, Drew and Spearin teamed up with Nyles Spencer and retreated to their longtime studio haunt, the Bath House, just outside Toronto, to lay down the handful of tracks Drew had been cooking up on his phone—all while sprinkling in the whispers of what environment unraveled around them: drones of birds and talking wind. In the age of apps like GarageBand being readily available to young musicians, discussions around electronic and ambient work sometimes gets watered down by the idea of mass-accessibility being equatable to mediocrity. But on Influences, Drew uses these newly accessible methods of creation to not only showcase the credibility of digital laboratories available to the masses, but to also memorialize the auditory memories he’s carried inside him for so long.

With his new solo record under the moniker K.D.A.P.—an acronym for “Kevin Drew a Picture”—out now, we talked to Drew about soundtracking neurological sensors through tone resonance, making an album on your phone in the Canadian countryside, and embracing existence by just letting go of what’s gone. 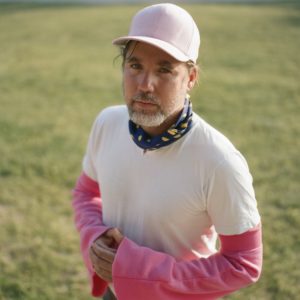 How did the idea to make a record like Influences come about?

I’ve accumulated a lot of information, emotions, feelings, and knowledge when it comes to sound. So I’ve been saying that Influences was kind of like a vessel record. What drove me to do it was not the action of doing it or the thought of doing it. I just would wake up, have my coffee, go for walks, and start writing. And then as soon as I accumulated so much stuff, I just took it to a studio, took it off of my phone, looked around at a house I love dearly, and just continued looking up at the sky hoping the hawks would arrive so the song would sound better.

What’s the freedom that comes with making a record by yourself, as opposed to going into a studio with an entire band and doing something collectively?

“I just would wake up, have my coffee, go for walks, and start writing. As soon as I accumulated so much stuff, I just took it to a studio, took it off of my phone, looked around at a house I love dearly, and just continued looking up at the sky hoping the hawks would arrive so the song would sound better.”

You’re just able to play at all times. You’re never waiting to play or talking about a part or analyzing. You’re just able to be in the moment and let it all happen and not question. The last Broken Social Scene album [2017’s Hug of Thunder], I hosted a lot. I sat there and made sure everybody was on it, everybody was happy, everybody had hooks, and everybody felt some sense of ownership to the places they played on, whether it was small or large. After seven years of not putting out an album together, I was making sure that everyone felt like they were a part of it. And, you know, I wouldn’t change playing with any of them, ever. I love making records with them. And that was a wonderful time, making that album, when we got up to the Bath House and kicked it there for the summer. I don’t set out to do things alone. I love working with people, but the aspects of learning how to strike without a committee is incredible. Getting to the point is incredible.

This electronic, ambient sound is something you’ve worked on in the past. The blueprint is there on early Broken Social Scene cuts like “Capture the Flag” and “Finish Your Collapse and Stay for Breakfast,” where you briefly enter these unconstrained soundscapes. What pushed you to finally give that sound its own full release?

It was the program Endlesss. I downloaded their app and it was like a never-ending bed for me. It was the most comforting place I was ever able to find myself in. I was so far away from all things studio and recording. The fact that I’d be out in the countryside and working on the record…I didn’t think I was working. I just thought that I was trying to follow the intuition of the moment and had something that could help me write within what was going on around me. This app provided it for me. It was exciting because it was new. I was so capable of just being able to kick out the beat. I was already working on a drum app as well, so I was sort of going in and planning beats and making things with the digital world of our hands. What happened was Endlesss gave me an impulse, and Influences formed very quickly through the wonderful sounds it provided. It formed my intuition and my identity within that exact moment. And that’s the kind of shit that makes me get out of bed.

What kind of power does wordless electronic work hold for you?

I love words. I’m a huge fan of words. What I think is wonderful about instrumental music is that it’s choose your own adventure. You have an option of emotion that you can feel through it, and you’re able to have ownership toward how you want to have that music in your life. What environment are you bringing into what moment? What mood are you bringing it into? It dictates a soundtrack for you. Quite frankly, if you’re living and you’re struggling and you’re trying and you’re climbing and you’re pushing through—you need a soundtrack. It’s immensely important. The one thing that I’ve always found to be true about instrumental music is, you do have ownership of the moment within it. No one’s telling you a story. There’s no protest, it’s just for you to take into the demographic where you put your heart.

“The one thing that I’ve always found to be true about instrumental music is, you do have ownership of the moment within it. No one’s telling you a story. There’s no protest, it’s just for you to take into the demographic where you put your heart.”

Talk to me about your influences, what catalogues you return to for inspiration.

Ever since I was a kid, I was into drones, organs. I was into taking down notes and listening to the tones of them. What I found through so much of my learning and growing, while listening, was the emotions that certain notes and tones give you, and that really made me become a director in my own world. It became a sense of somehow trying to stimulate my three gods—my brain, my stomach, and my heart—and align them through sound. The only place where I’ve been able to align those three and get them right has been through tone. It’s always there as a neurological reminder that we’ve felt and heard those moments before, but we still need them. I didn’t think by any means I was pushing boundaries. I knew that everything had been done, but what I was trying to evoke by not doing anything was just be in the honesty of the moment and present something that is the library of my neurological memories.

Where does the name “Kevin Drew a Picture” come from, especially when this record relies heavily on sounds creating images rather than words?

The authenticity of owning your life is what K.D.A.P. is, for me. It’s not just a bumper sticker for those who are in trauma; it’s to be lived. I’ve spent time with words that didn’t connect to action. It took me a long time to get out of that loop. If you’re gonna play, and you’re going to see what it’s like to be at the top and see what it’s like to be at the bottom, then you’re going to be alive. It’s not easy, but it’s also not hard. It’s this aspect of the privilege I’ve had and I try to take ownership of. And I realize that this is a world that needs help. Sometimes little ripples of contribution are all that I can give. In this moment, it’s important that people find what keeps them going. And for me, that’s music. It will always be music. FL