Injury Reserve, “By the Time I Get to Phoenix”

The amorphous second album from the rap group focuses on unease-ambient soundscapes that swallow the vocals into the soundtrack.
Menu

Reviews
Injury Reserve, “By the Time I Get to Phoenix”

The amorphous second album from the rap group focuses on unease-ambient soundscapes that swallow the vocals into the soundtrack. 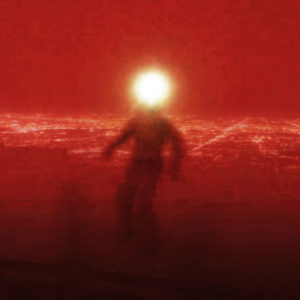 If the past few years felt hopeful in their growing trend of up-and-coming young songwriters shifting their lyrical focus inward from superficial concerns toward an openness with depression, struggles with mental illness, and the unpacking of trauma, now feels like the logical denouement with Twitter timelines becoming clogged with declarations of “The new Kacey is gonna wreck me” every time a new album cycle begins, and screenshots of Phoebe’s album covers on Spotify paired with the quip “don’t text” in their aftermath.

This isn’t a critique of the listeners who I don’t doubt possess a genuine connection to these songs, nor is it a critique of the music itself—it’s a larger cultural nausea rooted in concerns that we’re becoming addicted to trauma without making an effort to understand it, that we’re losing the ability to be alone without the company of others, that capitalism always seems to be encroaching on our sacred spaces through its integration of catchphrases into our emotional lives. At this point if you told me the verified Lockheed Martin Instagram account had posted a meme about the new Low album I don’t think I’d be surprised.

And yet: “The new Injury Reserve is gonna wreck me,” I thought the moment I received a push notification that the now-duo would soon be releasing a new album titled By the Time I Get to Phoenix, their first since the passing of emcee Stepa J. Groggs last year, although the project was conceived and recorded while the rapper was still alive. I can’t even tell you how many times I cried to Aminé’s “Fetus” when it dropped last fall, which featured the first verse from Groggs since his death—an already lyrically heavy track made all the more devastating by the voice of a recently deceased father rapping about fears of being a disappointment to his kid. Even hearing Groggs’ tired flow on certain corners of the group’s often-playful self-titled debut moved me beyond a strong emotional response nearly to the point of composing ill-conceived memes.

From the first play, though, Phoenix’s lead single “Knees” was different. “Different,” yeah, in that I don’t know a whole lot of rappers west of Dos Monos brave enough to rap over a black midi sample—but it also felt different from any of the various trajectories I’d imagined this project would take. “Superman That” confirmed this wasn’t a glitch in the tracklist, that Phoenix was built head to toe with warped, prog and post-punk samples (Black Country, New Road, in the case of the second single) sputtering off into oblivion with no real direction in mind. This isn’t a clean sample of an already-emotional Thee Silver Mt. Zion composition used to soundtrack monologues about hitting rock bottom on the way to the top. In fact the spectral repetition of the line “Ain’t no saving me or you” on “Superman” makes the keen point that none of Phoenix really feels geared toward the group’s own personal struggles.

In spite of the album’s choice of samples (which also include The Fall, King Crimson—but, like, not in a Mike Dean kind of way—and Brian Eno on the album’s open-ended, defeated-but-the-show-must-go-on closer) and its title invoking both Isaac Hayes and Public Enemy, the sonic palette I had in mind while listening more closely resembled the noisy global exhaustion fluently expressed on Nothing’s The Great Dismal last year, while the minimal, buzzing ambient of the ZelooperZ-featuring “SS San Francisco” brought to mind the eerie calm between blackened death metal peaks on a sprawling Hissing track that’s permanently etched into my mind. Regardless of who the lyrics are for or about, these aren’t the crisp verses rapped on Injury Reserve—the focus here instead seems to be on the fever dream–glitch and unease-ambient sounds that swallow the vocals into the soundtrack like a party scene in a Robert Altman movie.

This certainly doesn’t feel like a logical next step for Injury Reserve, nor does it really feel like the next logical step from anything currently in existence. More than an album of mourning it feels like it’s poking fun at the system that’s dragged the trauma concept album from its untouchable status down into the algorithmic, marketing-speak troughs of Amazon’s “Top Picks For You,” as one song title makes explicit. There’s no defined feelings whatsoever to many of the record’s more amorphous stretches—the mid-album succession of tracks with no discernible samples to cling to as much-needed reference points in the midst of paranoid whispers of “5G” makes you feel completely lost. Which seems to be Injury Reserve’s intention.