This 11th studio album isn’t as cohesive as some of the band’s previous efforts, but it shows they’re still evolving.
Menu

This 11th studio album isn’t as cohesive as some of the band’s previous efforts, but it shows they’re still evolving. 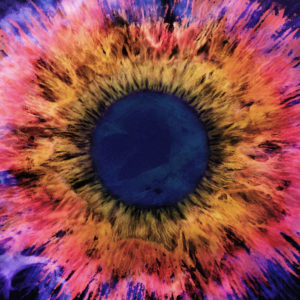 For over two decades now, Thrice have been on a constant journey of evolution and self-discovery. In that time, across 10 full-length albums, the Irvine, CA four-piece has switched genres, transcended expectations, escaped pigeonholes, battled God, broken up, gotten back together, and come back stronger than ever. It was in 2012 that the band stopped existing, when frontman Dustin Kensrue was made a worship leader for the multisite Mars Hill Church complex. He left in 2014 after controversies surrounding church founder Mark Driscoll mounted, and soon after Thrice reformed. As he sings on “The Color of the Sky,” the opening statement of this 11th studio album: “And I don’t know the way / But I know that I belong out here / On this journey that I never thought I’d make.”

It’s a lyric that reflects both the thematic and musical journey Thrice has made so far, and which the band is continuing with these 10 songs. Though faith and God have always played a central role in the band’s music—as well as Kensrue’s solo output—it’s never been the easiest relationship. Darkness and doubt have always crept into the band’s songs. Rather than proselytize, they’ve questioned and challenged and philosophized. It’s still surprising, however, that “Buried in the Sun” bears some similarity— especially in Kensrue’s staccato, graveled bark and the lyrics’ critique of American imperialism—to Antichrist Superstar–era Marilyn Manson.

That’s where the likeness to the now-disgraced former God of Fuck ends, however. In fact, on most of the other songs there’s more of a Mark Lanegan/Tom Waitsian vibe, especially on “Scavengers,” “Northern Lights,” with its almost-jazzy flourishes, and the ominous, laidback gloom of “Still Life.” Then there’s the choppy, insistent chug of “Summer Set Fire to the Rain”—the chorus of which explodes with as much melodrama as its title would suggest—the eerie, glitchy, and OK Computer-esque “Robot Soft Exorcism,” and the gorgeous, quasi-orchestral lilt of “Dandelion Wine.”

It all slows down for the finale of “Unitive/East” and its tender, piano-laced atmospherics. Less a song than a slow exhalation, it serves as a moment of existential contemplation in a world careening out of control, and displays yet another, hitherto unseen side to Thrice. Horizons/East isn’t as cohesive as some of the band’s previous efforts, but it shows they’re still out there, adapting, reacting, evolving, moving, and careening ever closer, like the rest of us, toward a God-filled, God-fueled, or godless oblivion.