The sonically crippling debut EP from the avant-punk five-piece feels like a hematic out-of-body experience.
Menu

The sonically crippling debut EP from the avant-punk five-piece feels like a hematic out-of-body experience. 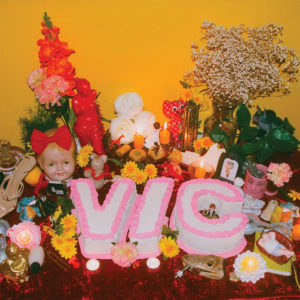 Every so often, within the bowels of music’s seedy underground, a band like Montreal’s avant-punk five-piece Visibly Choked is frantically born. They have a sound that can be compared to many different groups in the post-hardcore, indie, and no-wave movements, but band comparisons are boring. Instead, let’s focus on their poetic, razor-sharp ferocity that can be sonically crippling and feel like a hematic out-of-body experience.

The self-titled debut features tight and deranged guitar work—utilizing microtonal bends and paper-tear distortion—while the lucid but vital bassline keeps the live-off-the floor energy at the forefront. The drums feel almost unscripted, dueling with the lyrics at times during “Uneven Keel.” Gabrielle Domingue’s vocals sound physically and emotionally exhausting during a song like “Third Time’s the Charm,” and are soaked in vulgar vitriol during “A Snake Called Ean.” “I’ve never felt musically assaulted from a band before,” noted one audience member after a darkened Visibly Choked basement show I witnessed. Another is left inert, frozen, and speechless as they try to explain to a friend what they just witnessed.

Visibly Choked’s lyrics feel like serrated knives being hurled against peeling soft drywall and ring in contorted bliss as Domingue screams, growls, and furiously talk-sings about fading diasporic identity, discrepant sexual encounters, and degrading trust. It’s unclear who hurt her, but after one or two songs we, too, begin to see red, ready to go on the warpath at her behest. Songwriters are often called “vulnerable” or “personal,” but Domingue’s lyrical style could better be described as performance art—reminiscent in passion to someone like the shock artist Marina Abramović—but instead of literal knives, she uses words just as piercingly.

The only criticism of Visibly Choked’s debut is that it’s as short as a Minor Threat record. The songs are mostly only two minutes long, and if you blink a few times, it’s over. It’s a method in the genre, but with this being the band’s debut EP, you’re left hungry for more.