Tasha, “Tell Me What You Miss the Most”

Light like a feather and warm like a blanket, the latest from the Chicago-based songwriter sees her taking care of our bodies as well as hers.
Menu

Tasha, “Tell Me What You Miss the Most”

Light like a feather and warm like a blanket, the latest from the Chicago-based songwriter sees her taking care of our bodies as well as hers. 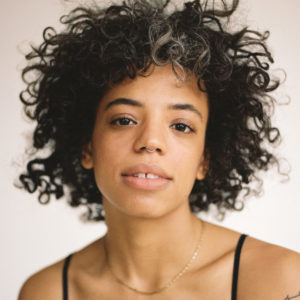 On her 2018 album Alone at Last, Chicago-based singer-songwriter Tasha announced, “I believe in my bed / I love my bed” during the album’s opener “Take Care.” Tasha, a political activist whose work has included time with the Black Youth Project 100, then says: “But sometimes, I’m afraid that if I die, everyone will be too tired to remember my name, so / I take care of my little body / You, take care of your little body.” She acknowledges and champions the fact that a huge part of activism is taking care of your own self, and her latest LP, Tell Me What You Miss the Most, demonstrates what that looks like for her.

Like Alone, Tell Me is poetry with a folk-rock soundtrack. From the first seconds of the stunning “Bed Song 1,” Tasha is equal parts strength and grace, possessing a vocal intimacy that brings to mind Jeff Buckley. The similarity is especially evident on slower songs like “History” and “Sorry’s Not Enough,” where she’s accompanied by light percussion and a gently strummed electric guitar. And, in a just world, “Perfect Wife” would dethrone anything by Ed Sheeran as the go-to first-dance wedding song. On it, Vivian McConnell’s flute and Tasha’s diaphanous vocals are two lovebirds catching the same breeze: “Let’s find someplace we can go out and dance / You wear your hair down, I’ll wear my favorite pants / On the floor, I’ll be stunned every time / Truth is, darling, you’re such a perfect wife.”

The album’s title implies a breakup, but it’s also requesting a response from someone specific, suggesting that this may be a relationship with an ebb and flow, a constant conversation. “She said, ‘In another universe, we would be so sweet to each other’ / But I wondered why it wasn’t this universe,” Tasha says on the spoken-word “Love Interlude.” There’s a reason this track features a recording of the wind chimes outside of her grandfather’s house; it’s the point on the album where Tasha, accepting the relationship for what it is, opens the door to see what else is going on: “Her wanting was the end and the beginning.” Songs like “Burton Island” and “Lake Superior” find Tasha engaging with the world outside of her bedroom and—almost always—dancing. On the album’s final track, “Bed Song 2,” she’s right back where she started, now alone and at peace: “I’ve forgotten what loneliness allows / Brings a sweetness near only I can rouse.”

On “Year From Now,” Tasha sings to herself as the album draws to a close: “Tasha, you’re brighter than you’ve ever been.” She’s 100 percent correct. With Tell Me What You Miss the Most—which is light like a feather, warm like a blanket—she’s taking care of our bodies as well as hers. Wrap yourself up in it and return to it as needed.