Amen Dunes Is at Your Service

After purging something dark, Damon McMahon came back with something light—”Freedom,” an album meant to pull you up, in one way or another.
Menu

Amen Dunes Is at Your Service

After purging something dark, Damon McMahon came back with something light—”Freedom,” an album meant to pull you up, in one way or another.

“Have yourself a good time.”

The chorus to “Lonely Richard,” the standout track off Amen Dunes’ 2014 album Love, was a curveball when it came out. It was an earnest, declarative statement from a musical project that, up until then, had made its name off of unhinged, lo-fi, psychedelic folk—a spacious and strikingly anthemic departure. Four years later, though, listening to the new Amen Dunes album Freedom, that chorus feels like a blueprint. A lustrous psych-pop album recorded in Electric Lady Studio and produced by Chris Coady (the man behind Beach House’s recent discography and last year’s Slowdive reunion record), Freedom does, in fact, have a good time—even as the project’s helmer Damon McMahon continues to grapple with his relationship to family, masculinity, and God.

McMahon reflects on that period preceding Love—when recordings he’d made in his basement suddenly gained a cult following online—warily. “Evil,” he succinctly states, when asked how he’d characterize the project’s persona from that time. “I’m kind of being facetious, but it was! It was like me purging my shadow self. There’s a lot of anger in that music.” But around the time of Love, which resulted from a breakup, McMahon says he started something new. “It’s a devotional record, really,” he says. “It’s like, I’m shifting toward a different kind of love.” He started craving more extroversion and spirituality in his songs, thinking of the way they related to his newfound audience, and opened up the world of his music as a result.

That’s the guiding principle behind the clarity on Freedom, from its patina of warm synths to its swinging, offbeat Americana bent. McMahon explicitly set out to make a record informed by mainstream pop from artists “like Michael Jackson, Bob Marley, INXS, Oasis, or Tom Petty, who were making music that was mathematically really high-functional, so that everybody from the guy at the record store to your grandmother could hear it and feel some kind of rhythm to it.” McMahon’s periodic music-nerd lapses into influence listicle are revealing in their breadth—a total omnivore, he’s not thinking about the artists he mentions as concrete, sonic influences, but as the standard-bearers of a songwriting tradition he’s constantly learning from. “Don’t get weird unless you can get really normal,” he explains. “I learned that from these traditional songwriters, but also my favorite experimental artists: Throbbing Gristle, Einstürzende Neubauten—those guys didn’t fuck around.”

“Don’t get weird unless you can get really normal.”

This time around, though, McMahon was also trying something different: “On this record, there was another intention I had, which was new,” he explains. “I kind of wanted these songs to make people feel sexy?” Looking back on Love, he notes a sense of tentativeness to that album—an uncertainty as to his developing openheartedness that held him back from fully embodying it. For Freedom, he says, “I feel like for the first time, I saw sexiness as spiritual—to have another layer of the onion, that music that makes you feel sexy could sort of be spiritual.” Where the music on Love was as devotional as its themes, Freedom plays with contrast, poking around in the tension between sex and spirituality with the same commitment to both that all great pop artists share. “In my own weird way, I thought of this as my dance record,” he says, shining a light on the role of Coady, whose aforementioned indie rock productions often radiate a gentle pulse, and underground Mediterranean house producer Panoram, an additional newcomer to McMahon’s musical world, who added textures and ideas to the recordings.

The structure and exposed clarity of the record reveals a different aspect of McMahon’s musical triangulation—folk and country music. McMahon, who notes his paternal grandmother’s country music background as part of a West Virginian church choir trio, feels a deep affinity toward the form. “Even though country music is downtrodden, it’s kind of uplifting,” he says fondly, “and I try to bring that to the Amen Dunes stuff.” With this in mind, he makes it a point to never let his musical impulses take him away from a traditional song structure. “Every single thing I do is a voice and an acoustic guitar,” he notes, “and then I dress it up in all these different ways.” 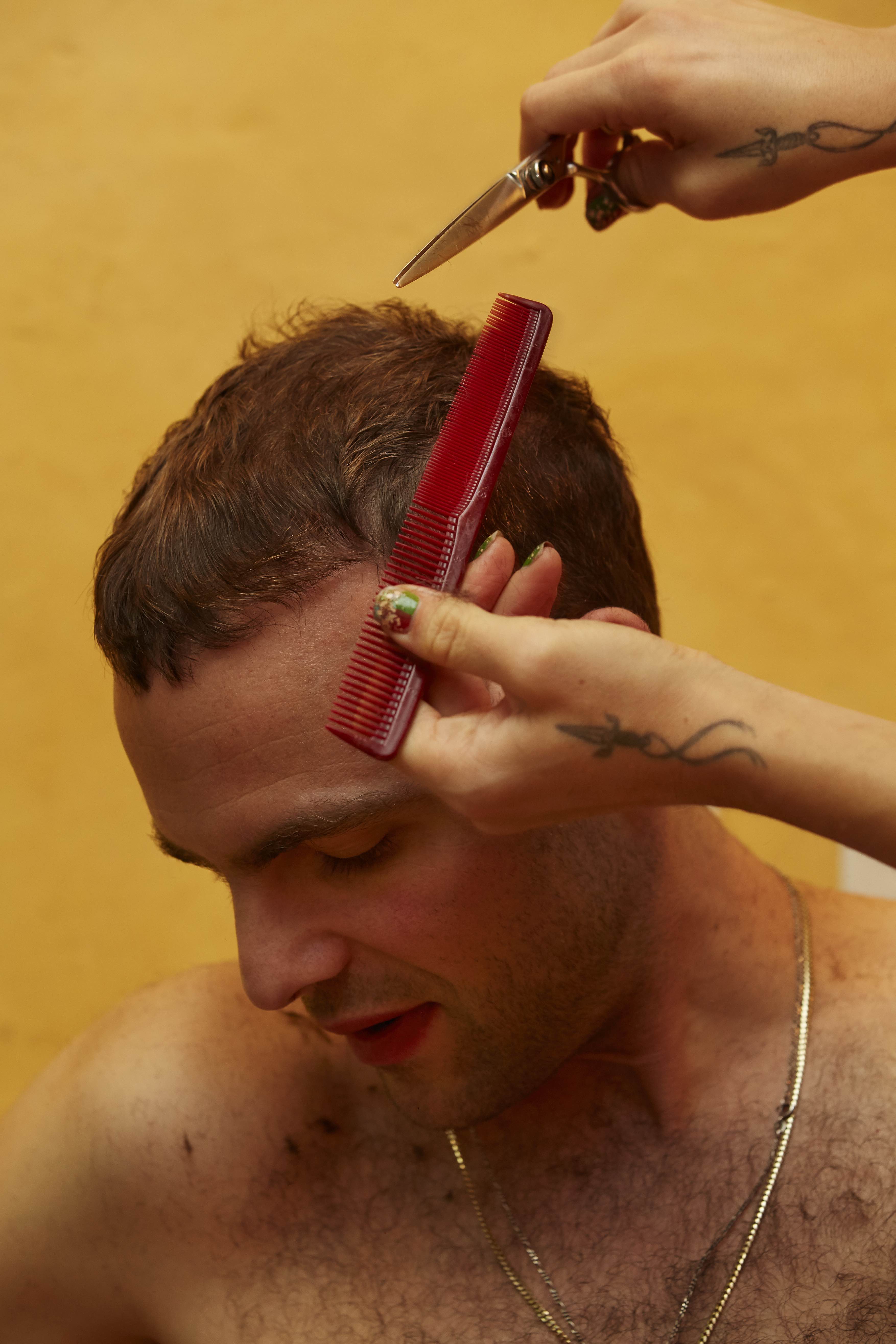 Of course, for all its fealty to craft, Freedom isn’t a pop record, nor is McMahon a country singer. His voice is singular, informed by Dylan-esque twang but basically deconstructing it as he goes, separating him from the vocal stylings of artists he’s sure to start receiving comparisons to, like Kurt Vile or The War on Drugs’ Adam Granduciel. And his lyrics, while more concrete than ever, take shape in languid bursts of description, not straightforward storytelling. When they do emerge, as when McMahon drawls, “We play religious music / Don’t think you’d understand, man” on scene-setting opener “Blue Rose,” they’re simultaneously impassioned and sardonic.

Speaking to that lyric in particular, McMahon explains that, just as he doesn’t want to get too weird without being able to get normal, he doesn’t want to get too sincere without being able to take the piss. “It’s presenting this character of me as this ‘Amen Dunes guy,’” he says, “kind of like the ‘cowboy walks into the bar’ kind of scene. And he’s poking fun at himself a little bit.” It’s an introduction to McMahon’s playful—but deeply felt—hope for self-abnegation spread throughout the album. “Amen Dunes is like the clown character—he’s the one who’s singing all these songs about the different identities in me,” he explains, later describing the titular “freedom” as a freedom from having to identify in one single way—a comfort in one’s fluidity as a person.

But, when asked about these lyrical themes, McMahon also admits, “It’s funny to talk about this, because a lot of times I’m not even conscious of what I’m doing.” He might be using the tools of pop music now, but McMahon’s approach to writing is similar to how it always has been: organic, flowing, reactive to its environment. The result throughout Freedom is a fascinating study in oppositions, with McMahon embodying a more extroverted, swaggering Amen Dunes than any of his music has ever allowed—even as he uses his pop-wise platform to poke holes in that very swagger. “It’s a product of me realizing that I’m here to be of service,” he says about the album.

“So, then, as a musician, do you see yourself as a part of the service industry?” I ask in response, only partly joking.

“100 percent. I’m like a glorified plumber or gardener or something.”

McMahon laughs. “Yeah, a plumber of the soul. That’ll be the name of my next album.” FL