“Moon Piano” creates an environment that emanates tranquility without ever overstepping its bounds.
Menu

“Moon Piano” creates an environment that emanates tranquility without ever overstepping its bounds. 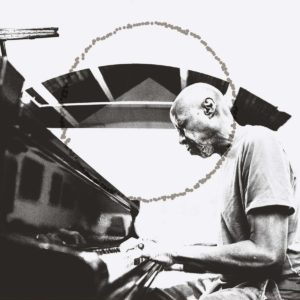 As far as personality tests go, Laraaji’s piano music isn’t quite as exacting as the Enneagram. Nevertheless, you may learn something about yourself by answering this simple question: Do you find yourself resonating more with the bright, disinfectant vibes of Sun Piano? Or do you gravitate more toward the doleful, ruminative sounds of Moon Piano? As is usually the case in self-inventories, there’s not necessarily a wrong answer: Individually, both albums are lovely. And, like a set of bookends or matching chairs, they probably make the most sense when considered as a unit.

It’s not overstating it to say that the two records, recorded during the same sessions in a Brooklyn church, map out a broad, if not comprehensive, emotional terrain: You can imagine Sun Piano as an amiable companion piece to a lazy weekend morning, or as a chirpy tonic to the dyspepsia of the COVID era. And you can imagine, just as surely, how easy it is to melt into the warm, enveloping melancholy of its lunar twin, finding solace in its pensive reservoir, wrapping up in it like you would a favorite afghan.

But perhaps these descriptions cloud the fundamental pleasure of these albums, which is their modesty. They are solo piano recitals that are light on ostentation or fuss, based in improvisation but moving with logical clarity and cohesion. Sun Piano hinted at gospel and jazz influences, while Moon Piano feels closer to ambience, minimalism, and classical music. It’s never as loose or as playful as, say, a solo Monk recording, but neither is it as heady as the solo repertoire of Brad Mehldau. Instead, Moon Piano builds on Laraaji’s decades of work in new age music: It creates an environment that emanates tranquility without ever overstepping its bounds.

Laraaji has spoken about how the album represents a full-circle moment, taking him back to the childhood piano lessons that ignited his love of music, but have never really featured prominently on his recorded output. And yet, a close listen to Moon Piano reveals it to be something far richer than a trip down memory lane: Where a younger man might be tempted to dazzle with virtuosity and showmanship, Laraaji demonstrates an ease and a restraint that come from maturity and experience; this is music rooted in his youth, but nurtured by all that he’s done since.