While its experimental attitude should be applauded, “Shiver” is at its best when Jonsí tiptoes across familiar ground.
Menu

While its experimental attitude should be applauded, “Shiver” is at its best when Jonsí tiptoes across familiar ground. 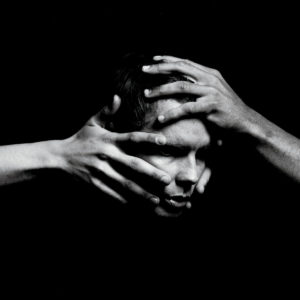 As the vocalist for Icelandic post-rockers Sigur Rós, Jónsi has helped make some truly remarkable, moving, and resplendent music—music that seeps deep into your heart and soul, that overwhelms you with an otherworldly beauty that sounds, at times, like it might not even be human. Part of that is the fact that—with a few exceptions here and there—he doesn’t sing in any language. Rather, his voice emits notes that sound like they’ve been lying in wait for centuries under ice to be released into the atmosphere.

For his solo work, however, that’s not the case. On both 2010’s debut solo LP, Go and this follow-up, Shiver—a collaboration with producer A.G. Cook—Jónsi largely sings in English. You might think that would demystify things slightly, but it actually doesn’t—even singing actual words, his vocals possess the same kind of majesty he’s displayed throughout his entire career. Well, for the most part. On the glitchy and erratic “Wildeye,” he ventures into Thom Yorke–esque caterwauling, while the hyperactive electro/Europop vibes of “Salt Licorice,” a duet with Robyn, is just as abrasive.

It’s not because they’re different that those two songs are the weakest points on the album, however. “Swill” is an ambitious, quasi-orchestral odd-pop combination that’s sonically unsettling, but which is nevertheless shot through with neurotic emotion, while the title track is as glitchy as “Wildeye” but keeps the heart, rather than the sonics, of the song at the forefront.

While its experimental attitude should be applauded, really, this record is at its best when Jonsí tiptoes across familiar ground. “Cannibal,” which features Cocteau Twins’ Liz Fraser as a guest vocalist, is a much better, more moving duet than “Salt Licorice,” while the mournful, tentative opener “Exhale,” the hushed fragility of “Grenade,” and the haunting death rattle lullaby of “Beautiful Boy” all demonstrate the extent of Jonsí’s incredible talent when it hits its stride. It does so more often than not here, but doesn’t quite pull together as a cohesive body of work.