The reissue of Costellos’ maximal-overdrive third LP manages to sound crisper than its original recording.
Menu

The reissue of Costellos’ maximal-overdrive third LP manages to sound crisper than its original recording. 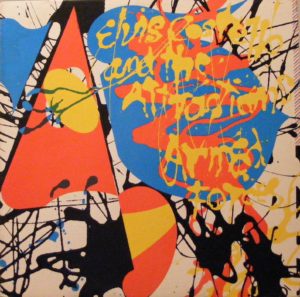 There are so many pleasures derived from Elvis Costello’s brand new album Hey Clockface—there’s the heterogeneous sound of its continental divide, recorded as it was in Paris, Helsinki, and New York, with the scent of wet pavement emanating from each track. There’s the fact that Costello has, again, managed an opulently produced brand of latter-day punk rock to go with the record’s resplendent Bacharach-driving-down-Tin Pan Alley ballads. Present on songs like “No Flag” and “We Are All Cowards Now” is Costello’s patented and prickly view on geopolitics, one that takes its root in ravaging his home’s Queen, then spreading his bile outward to other less-sovereign nations.

To say that all of these advances began in 1979 with Costello & the Attractions’ third album Armed Forces is no exaggeration. Just listen to the difference between the spunky pub rock of his debut, 1977’s My Aim Is True, and his more sinewy, garage-pop, sophomore effort, This Year’s Model from 1978, and the differences between them and Armed Forces are day, night, and a lushly European, synth-pop-heavy weekend stay-over apart. Rather than going for something minimal, claustrophobic, and stripped down, Costello, his Attractions, and their producer Nick Lowe went into maximal overdrive, opened up space in its tight sound and allowed his more paranoid views of love and politics (or metaphorical relationships between the two equally torrid topics) to blossom.

Nothing sounds the alarm for the similarities between Clockface and Armed Forces more than the latter’s newly released Super Deluxe all-vinyl box set. Dubbed “The Complete Armed Forces,” the stammeringly dramatic “Accidents Will Happen,” the cosmopolitanly complex “Party Girl,” the menacingly tick-tocking “Green Shirt” and its slippery sister “Moods for Moderns,” the ABBA-like “Oliver’s Army,” and the chipper reggae-ish “Two Little Hitlers” all manage to sound crisper than even in original recording—a feat, considering how Lowe’s mix and Steve Nieve’s layered keyboards on the original were the portrait of sleek, icy precision. Even “(What’s So Funny ’Bout) Peace, Love & Understanding?,” the original album’s finale, no longer seems like the stuck-on, last minute, Lowe-written add-on that it was,  and instead feels like the record’s seamless, rousing denouement.

Rather than focus on rarities, the vinyl-centric box set—complete with 7-inch 45s and 10-inchers such as Sketches for Emotional Fascism (Armed Forces’ original title)—tells a story of going from point A to point B. On studio and live recordings such as Hollywood High & Elsewhere, Riot at The Regent, Christmas in the Dominion, and Live at Pinkpop, you can hear how the sophisticated punks of the Attractions loosened up—enough so for the broader strokes, open spaces, uneasy connection to “disco synthesizers,” and complex melody duties heaped upon them by their boss.

In particular, we hear how Nieve moved from being his Question Mark and the Mysterians’ organ groove to something more eerily eccentric and baroque. Mainly, though, we hear through Armed Forces bigger, wider-ranging book, how Costello opened up as a composer and as a singer—an offbeat character actor as well as a noir novel-esque writer essaying such offbeat characters—and learned to love his paranoias, rather than buck against them.