Tyler, the Creator, “Call Me If You Get Lost”

Tyler shows off his progress as a rapper with a power and musicality you knew he had in him, yet feared he’d let slide.
Menu

Reviews
Tyler, the Creator, “Call Me If You Get Lost”

Tyler shows off his progress as a rapper with a power and musicality you knew he had in him, yet feared he’d let slide. 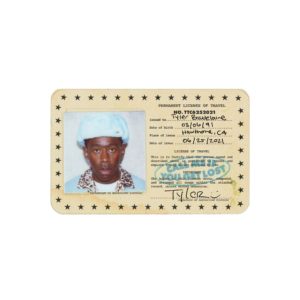 Tyler, the Creator
Call Me If You Get Lost
COLUMBIA
8/10

If 2019’s often-emotional, Hemingway-esque IGOR was the album to put Tyler, the Creator on top due to its soul-filled edge and tantalizing show of reality, then Call Me If You Get Lost, with its lumberjacks, Baudelaires, jazz breaks, and slithering synthesizers, brings the rapper-producer back—just a tad—to the often controversial absurdity of earlier albums such as Bastard (when he still had an Odd Future), Goblin, and Cherry Bomb. “I came a long way from my past…it’s obvious,” raps Tyler, proud of where he’s been and the wonk he’s moving toward, such as the synth-sinister “Lumberjack” and the free-jazzy “Hot Wind Blows.”

Referring to the series of back-and-forth life changes on “Massa,” Tyler takes to the idea of worldliness and tour travel as the double-troubling triggers for making, then utilizing, the freshly found self-realizations of Call Me:

When I turned 23, that’s when puberty hit me / My facial hair started growing, my clothing ain’t really fit me
That caterpillar went to cocoon, do you get me?
See, I was shifting, that’s really why Cherry Bomb sounded so shifty / My taste started changing from what it was when they met me.

Saving his most world-weary prose for race relations and harsh lyrical observations of Black Lives Matter—say, “Manifesto,” and lines such as “I ain’t gonna cheerlead with y’all just to be a dancer” or “Whips on whips, my ancestors got they backs out” from “Lumberjack”—Tyler shows off his skill and progress as a rapper with a power and musicality you knew he had in him, yet feared he’d let slide. When he spits “Hit some protest up, retweeted positive messages / Donated some funds then I went and copped me a necklace,” it’s with a sort of gruff grace he’s never managed in the past, save for on IGOR.

Yes, he married the tension of inequity to a slippery goofiness we’ve come to expect from him—but this is fresh heft and new territory for Tyler, something far beyond the bad misogynistic jokes of which he’s been accused earlier in his career. “Am I doing enough, or not doing enough,” he asks, genuinely, probably considering both his role within the Black community as well as that of a forward-thinking innovator.

Having Tyler lose some of the soul-sonic focus of IGOR is a bit of a shame, for—like his Odd Future associate Frank Ocean—the upwards-and-over motion of nu-R&B had seeped deeply and vividly into the rapper’s mainframe with that 2019 album. It was as if Tyler had made his move into sophisticated, yet still pure, hip-hop and you wanted more of its focus and force. Remember, though, Tyler is first, foremost, and frenetically, “The Creator.” Flying backwards into abstraction while maintaining the potency of the present tense of IGOR, and a free-music future that is, collectively, the point of Call Me If You Get Lost, is what Emily Dickinson once referred to while writing about hope: the elusive thing with feathers.